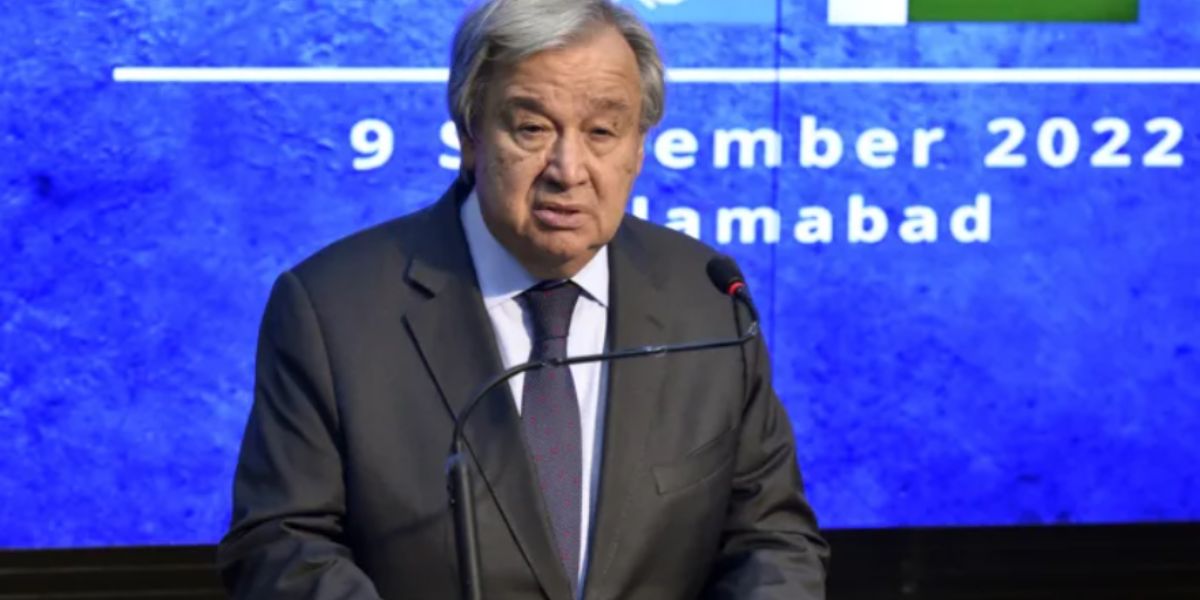 Guterres lamented “the stark inadequacy of the global response to the climate issue” during a press conference on Wednesday.

He opened his introductory remarks by discussing the continuing, severe floods in Pakistan, which have resulted in billions of dollars worth of damage and more than 1,300 fatalities.

“I have just returned from Pakistan, where I looked through a window into the future,” Guterres said. “A future of permanent and ubiquitous climate chaos on an unimaginable scale: devastating loss of life, enormous human suffering, and massive damage to infrastructure and livelihoods. … What is happening in Pakistan demonstrates the sheer inadequacy of the global response to the climate crisis, and the betrayal and injustice at the heart of it.”

According to Guterres, the majority of greenhouse gas emissions in the globe originate from the wealthier nations, but the impact of extreme weather events and the destruction they inflict is disproportionately felt in developing nations like Pakistan.

Guterres spoke on other climate change-related catastrophes engulfing the developing world, such as the food shortage in East Africa, in addition to the flooding in Pakistan, which is driven by record high temperatures this spring that led to glacial melting and a particularly intense monsoon season.