Home » News » ‘We made the decision together’: Young gay couple shares distressing note before plunging to death 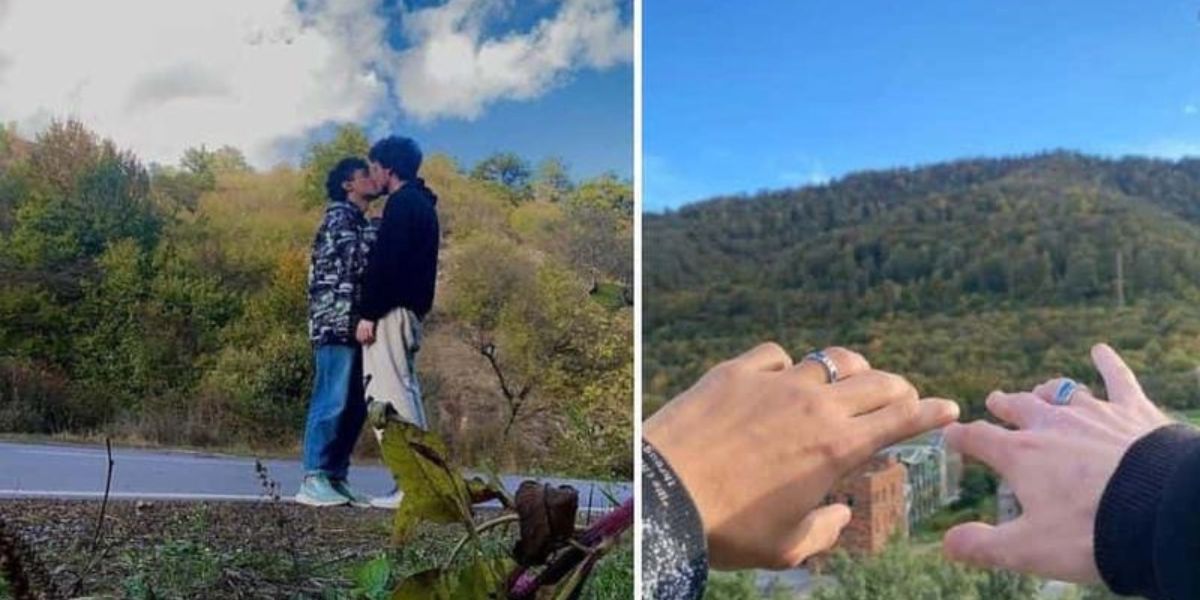 According to a local LGBTQ+ organization, a young gay Armenian couple plunged to their deaths from a bridge before sharing a photo of themselves kissing on Instagram. The two men, Arsen and Tigran, are said to have jumped on Thursday, October 20, 2022, from the 301-foot Davitashen Bridge in Yerevan, according to the Pink Armenia organization.

According to reports, one of the two young people was 16 or 17 years old, while the other was 21. Local sources claim that Tigran and Arsen’s parents objected to their relationship and even got death threats. Before both of them committed suicide on October 20, the pair left a devastating Instagram message, according to the New York Post.

“Happy End. We made the decision together to share photos and take the next steps,” the caption read. The couple reportedly shared photos of themselves getting facials together, kissing, and flashing what look to be their wedding bands.

This young Armenian gay couple jumped of a bridge together after posting these pictures.

They didn’t see a future in this world filled with hate. They were only 15 years old.

Hate has killed us throughout history, and it is still killing us in every corner of this world Today. pic.twitter.com/NDGds9bclN

“The young men still had many years of life ahead of them, but because of intolerance towards them, they took such a tragic step,” Pink Armenia wrote on its website. “LGBT people are very familiar with the feeling of isolation and misunderstanding of family and society.”

“This tragic incident proves once again that LGBT people in Armenia are not safe and not protected by society or the state,” they added

Additionally, the Armenian homosexual rights organization claimed that when the couple’s Instagram image went popular, hostile and homophobic comments from the public swamped their page.

People began discussing the news on Twitter and denouncing the Armenian government for its animosity toward the LGBTQ+ community.

One social media user said, “They didn’t see a future in this world filled with hate. They were only 15 years old. Hate has killed us throughout history, and it is still killing us in every corner of this world Today.” Another tweet read, “Both of them very young. Rest in peace angels.”

Devastating news #Armenia: this young gay couple posted their pictures & committed suicide together by jumping from Davitashen bridge in #Yerevan.

‘Happy end…we decided all our actions together’ – they wrote in this last post.

Both of them very young.
Rest in peace angels 🙏 pic.twitter.com/dENfg4Y3I4

While another person tweeted, “Heartbreaking. All youth deserve love and respect regardless of sexual orientation. They also have a right to access mental health care. Suicide prevention and mental health destigmatization are urgently needed in Armenia and Armenian communities globally.”

Despite Armenia’s 2003 legalization of homosexuality, reports claim that many members of the LGBTQ+ community still opt to conceal their relationships because of the widespread discrimination in the nation.

Out of 49 European and Central Asian countries, Armenia is ranked 47th for LGBTQ+ rights, only ahead of Turkey and Azerbaijan, according to the international organization ILGA-Europe, which measures anti-homosexual sentiment.