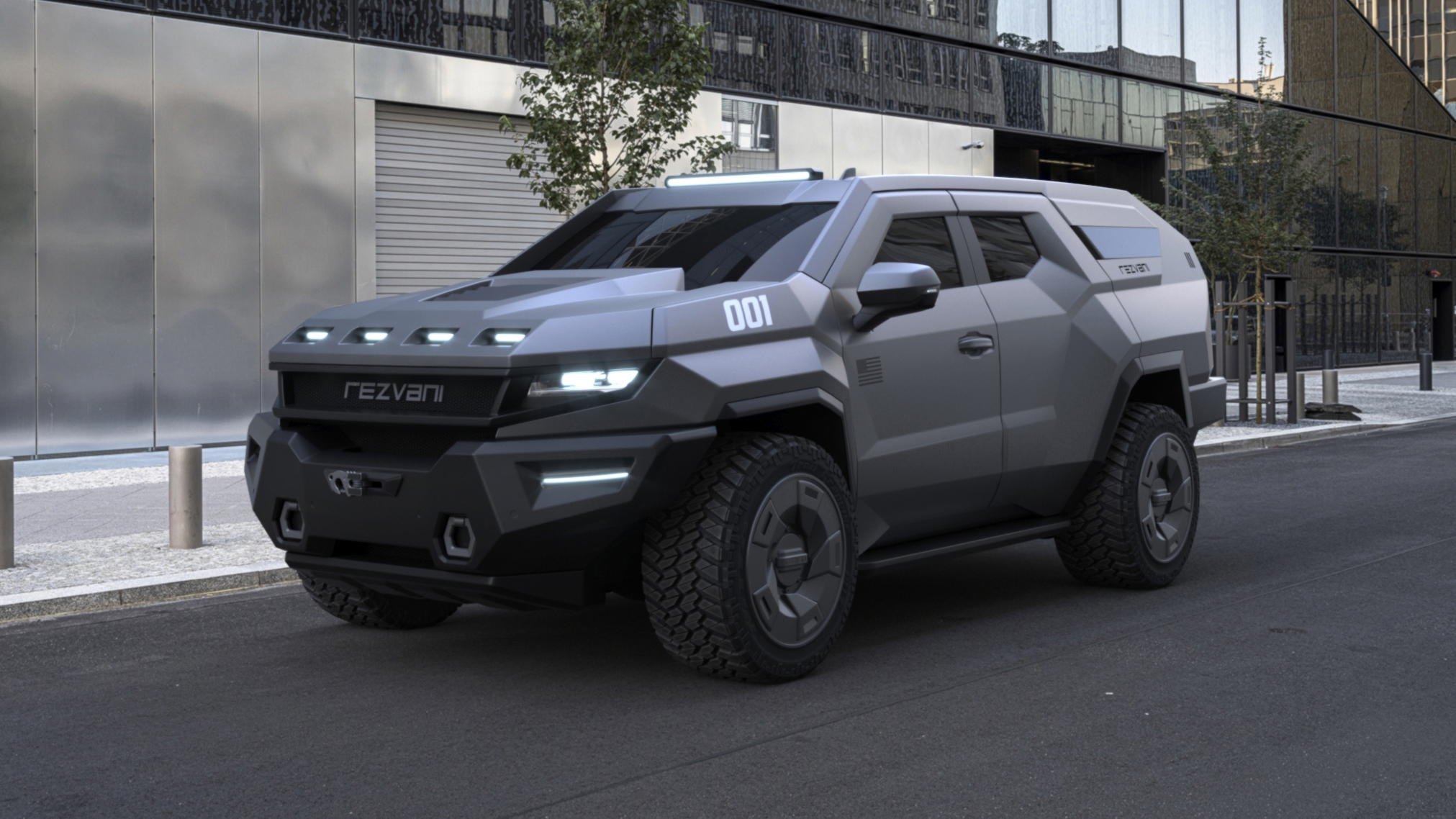 The Rezvani Vengeance is a military-inspired SUV that features angular lines and bloated bodywork. It looks like a security vehicle designed for escorting third-world dictators.

The front end is completely new, with a slender grille flanked by LED headlights. A ventilated hood with auxiliary lights and an available roof-mounted LED light bar join them. Features include an integrated winch, reinforced suspension, a steel front bumper, and hexagonal recovery points. Military buyers can order the $95,000 Military Package which adds armoring as well as bulletproof glass. 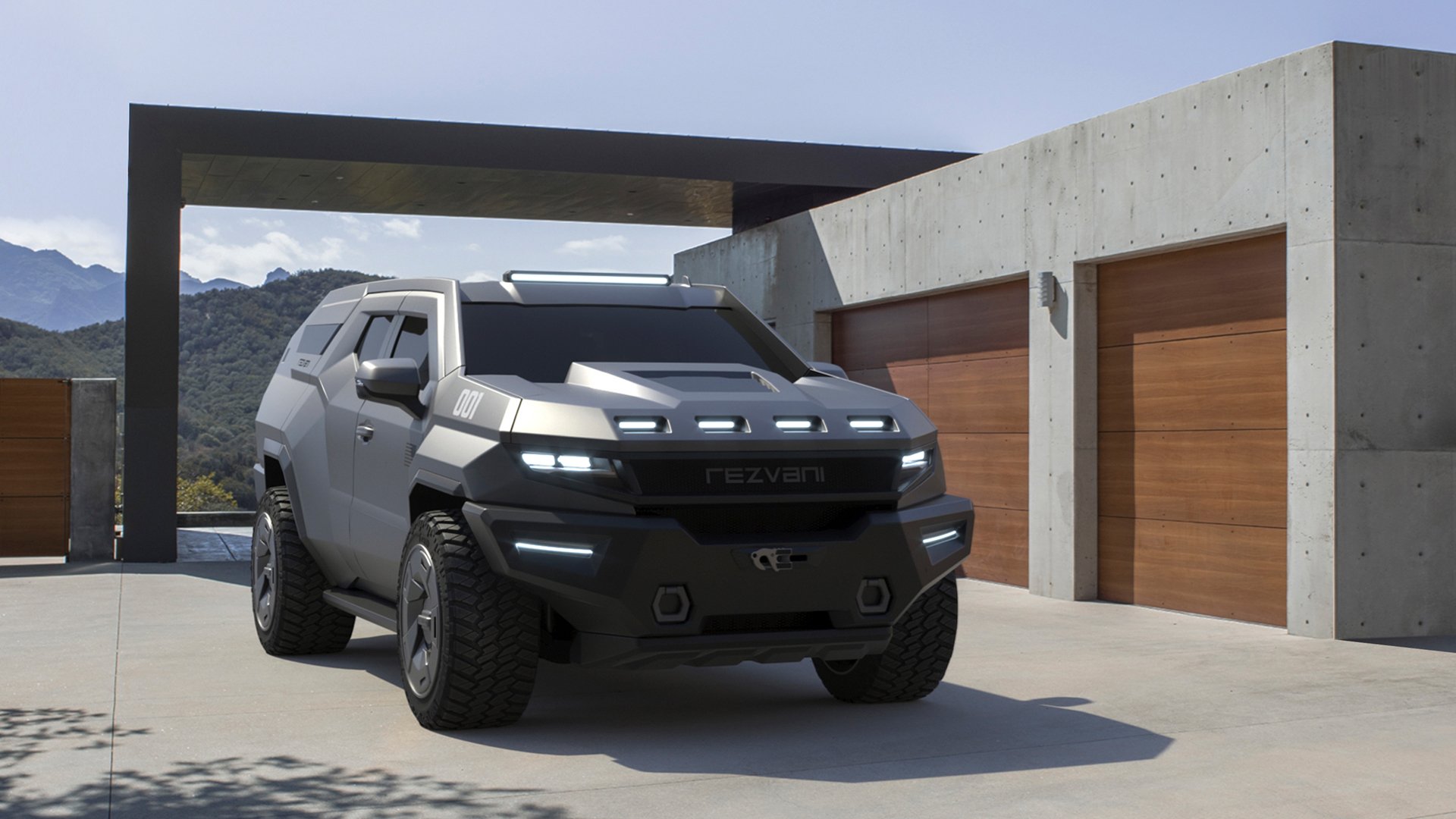 Strobe and blinding lights, an intercom system, a pepper spray dispenser, and electrified door handles are also included in the package. A smoke screen system, a thermal night vision system, gas masks, bulletproof vests, and bulletproof helmets are among the other highlights.

Although the Vengeance appears to be a generic movie car, Ferris Rezvani stated that the “goal was to put a science fiction video game concept car in people’s driveways.” The final design of the Vengeance was also toned down “in order [to] fit in a garage and be practical, yet out of this world,” according to the company.

The Escalade roots are visible in the cabin, where drivers sit behind a heated steering wheel and look at a curved OLED display that includes a 7.2-inch driver information center. 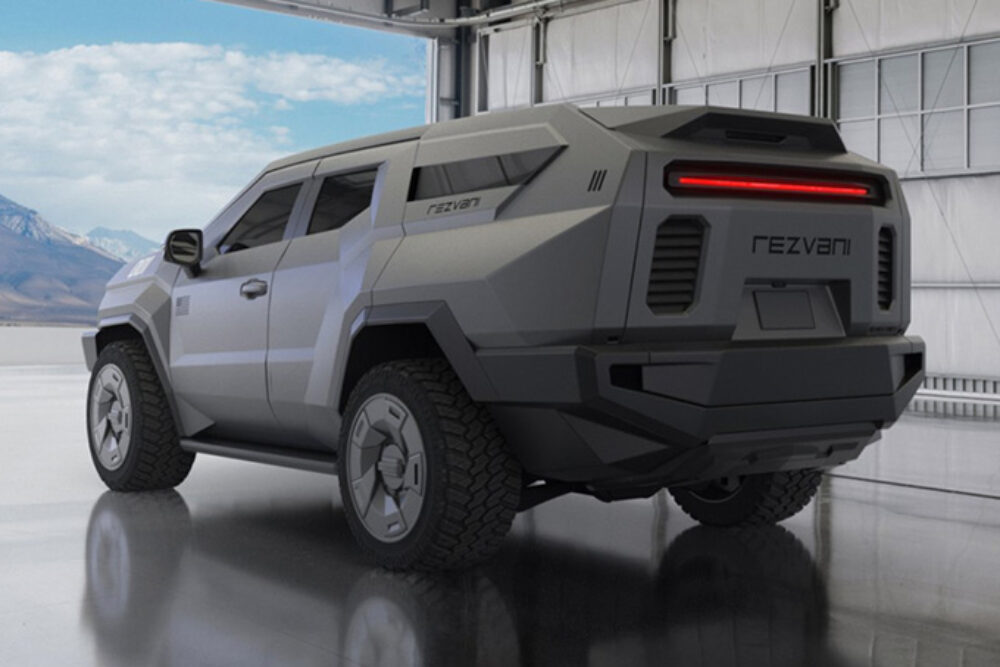 The engines are mated to a ten-speed automatic transmission and have the option of four-wheel drive. The Vengeance also has Magnetic Ride Control and a limited-slip rear differential, according to the company.

Rezvani is currently taking orders, with prices starting at $249,000.