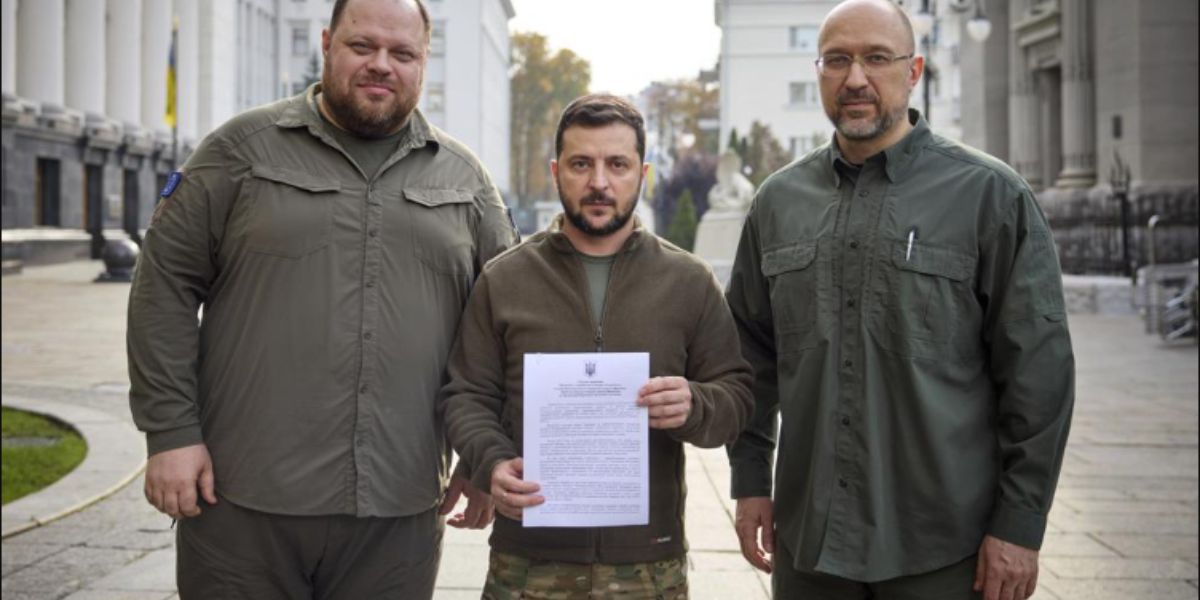 In a joint statement released on Sunday, the leaders of nine European NATO members backed a path for Ukraine to membership in the U.S.-led security alliance and urged all 30 NATO countries to increase military assistance to Kyiv.

The consent of all 30 countries is required for NATO membership, and Ukraine is unlikely to join anytime soon. The request is complicated by the fact that the country is already at war.

The nine NATO nations in Central and Eastern Europe pushed for a reaction to the annexation out of concern that Russia may attack them next if it isn’t stopped in Ukraine.

We support Ukraine in its defense against Russia’s invasion, demand (that Russia) immediately withdraw from all the occupied territories, and encourage all allies to significantly increase their military aid to Ukraine, according to a statement published on the websites of Czechia, Estonia, Latvia, Lithuania, North Macedonia, Poland, Romania, and Slovakia on Sunday.

Jake Sullivan, the national security advisor for the White House, responded that the application process in Brussels “should be taken up at a separate time” when questioned on Friday about Zelenskyy’s request for quicker NATO membership.

When questioned about Zelenskyy’s request to join, NATO Secretary-General Jens Stoltenberg was evasive.

Zelenskyy’s plea amounts to “begging NATO to speed the start of World War III,” according to Dmitry Medvedev, deputy head of Russia’s Security Council, which is presided over by Vladimir Putin.

Security worries over a Russian invasion prompted Finland and Sweden to formally apply to join NATO in May through an expedited process. The majority of current members have already approved their bids, and the two Nordic countries are expected to join in a record amount of time.

The parents of the late Gabby Petito are suing..
Go to mobile version