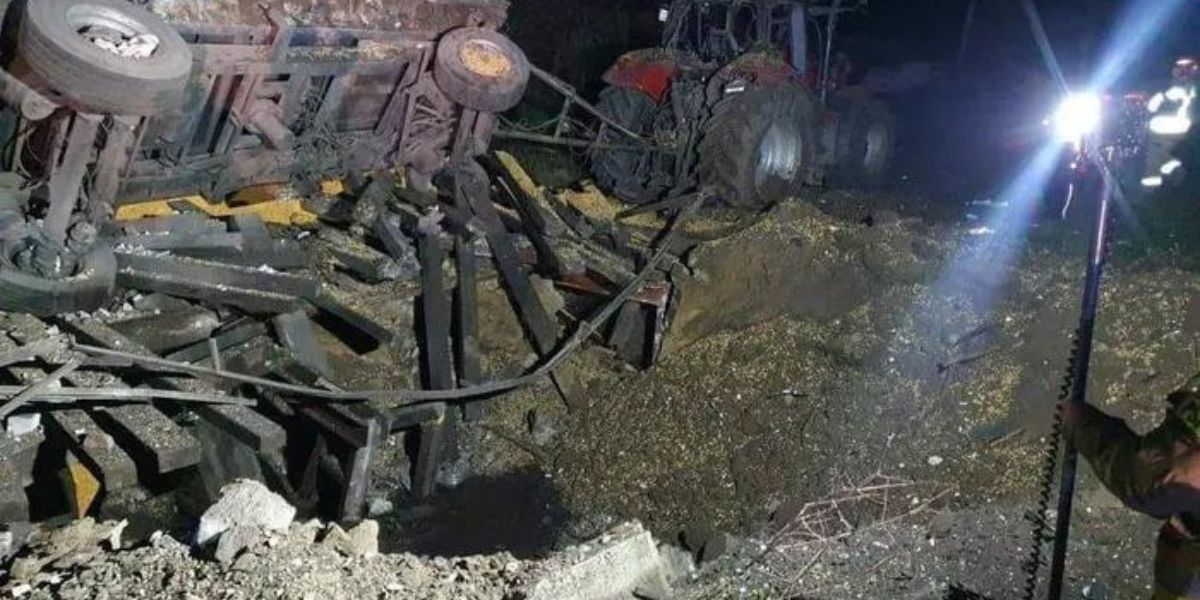 Attempts are being made by world leaders gathered at the G20 meeting in Bali to prevent a possible escalation in the months-long Ukraine crisis after a “Russian-made” missile killed two people when it attacked NATO member Poland.

On Tuesday afternoon, about the same time that Russia unleashed its largest round of missile attacks against Ukrainian cities in more than a month, a missile fell outside the small Polish settlement of Przewodow, some four miles (6.4 kilometers) west of the Ukrainian border.

Uncertainty surrounds the incident’s circumstances, which represents the first direct hit on a NATO nation in the conflict’s nearly nine-month duration. The missile’s launcher and exact location are unknown, despite the Polish Foreign Ministry’s claim that it was “Russian-made.”

During the conflict, both Russian and Ukrainian forces have employed weapons made in Russia, with Ukraine using Russian-made missiles as part of its air defence system.

US President Joe Biden told reporters after holding an emergency meeting with G7 and NATO leaders outside the G20 summit that it was “unlikely” that the missile was launched from inside Russia, but he couldn’t say for sure until the investigation was complete.

“We agreed to support Poland’s investigation into the explosion … And I’m going to make sure we figure out exactly what happened,” Biden said, adding the leaders offered sympathy over the death of two people. “Then we’re going to collectively determine our next step as we investigate and proceed. There was total unanimity among the folks at the table,” he added.

A NATO military official told CNN after Biden’s remarks that an alliance aircraft had been monitoring the missile when it was flying above Polish airspace at the time of the explosion.

The NATO military officer continued, “Intel with the radar tracks [of the missile] was delivered to NATO and Poland.” The NATO official withheld information on the missile’s launcher and point of origin.

According to a statement made by Dutch Prime Minister Mark Rutte online on Wednesday, the missile strike inside Poland’s borders on Tuesday “would not have happened without Russia’s horrific missile attacks against Ukraine.”

“The G7 and present NATO members convened a meeting this morning in Bali during the G20 to discuss the incident in Poland last night. We are united in our message that we first need to establish the facts and therefore support Poland’s investigation,” Rutte wrote.

Although it was unclear who launched the missile, Polish President Andrzej Duda indicated in earlier statements on Tuesday that the missile was “most likely” built in Russia. In a speech from the Bureau of National Security in Warsaw, Duda said, “We are working calmly and in a very peaceful manner.

According to a brief statement released by the Russian Defense Ministry late Tuesday, the Kremlin has denied any involvement in the explosion and described the Polish media reports that first revealed the fatalities as “a deliberate provocation in order to escalate the situation.”

It further stated that “Russian weapons have nothing to do with the wreckage photos from the scene in the village of Przewodow that were published by Polish media.”

The event in Poland is an attempt to spark a direct military confrontation between NATO and Russia, the Russian envoy to the UN said on Wednesday. The issue will be discussed at the UN Security Council meeting later in the day, the mission added.

Mateusz Morawiecki, the prime minister of Poland, stated on Tuesday that there is no indication of more missile strikes and that the missile strike in Przewodów appears to have been a “single act.”

Morawiecki urged restraint, but he also declared that Poland will improve its military readiness and was considering using Article 4 of the NATO Treaty. Article 4 is a consultation procedure that enables members of the 30-nation alliance to present a problem for debate at the North Atlantic Council, which serves as its decision-making body. These problems are typically security-related.

Whatever the findings of the Polish-led probe, the episode has confirmed long-standing worries about the possibility that a mistake on the battlefield may spark a NATO-Russian clash.

As the missile sailed above the village and the power of the explosion rocked surrounding windows, witnesses to the explosion recalled hearing a scary “whoosh” sound.

A sizable smoke cloud can be seen in the village’s center in a resident’s video that CNN geolocated and verified.

Local media displayed a picture of a crater and an overturned farm truck at the explosion scene. CNN is unable to independently verify the images.

In his speech, Duda announced that as part of a cooperative effort, the US would send experts to investigate the site.

Jens Stoltenberg, the secretary general of NATO, said it was crucial that “all facts are established” after speaking with Duda on Tuesday.

“I expressed my sympathy for the death. The Allies are closely collaborating and NATO is keeping an eye on the situation. It is crucial that all facts are proven, according to Stoltenberg.