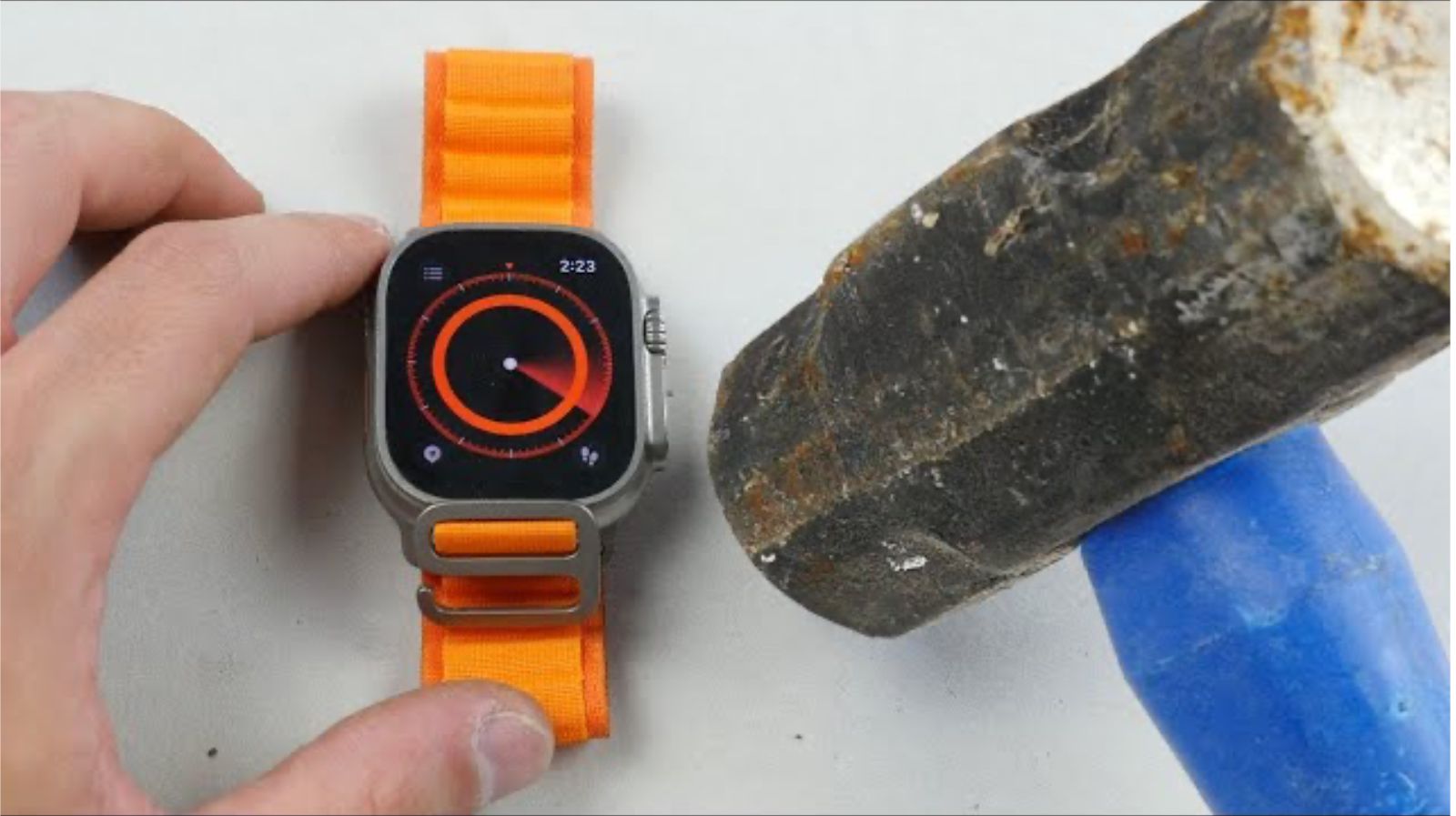 Apple recently asserted that the Apple Watch Ultra is sturdy and difficult to break. The sapphire crystal that protects the display has been put to the test by a YouTuber by being subjected to a drop test, a jar of nails, and repeated blows from a hammer.

First, TechRax dropped the Ultra Watch from a height of about four feet. It is a well-liked platform for evaluating the robustness of goods.

Additionally, TechRax used a hammer to repeatedly strike the sapphire crystal display cover of the Apple Watch Ultra to assess its resilience. During the test, the watch survived several blows from the hammer before finally breaking—but only after the table sustained considerable damage.

The Apple Watch’s display wasn’t originally harmed, but after several blows, the watch stopped turning on. The sapphire may not have initially cracked, but the inability to turn on could mean that some internal components have been harmed. Although the test may not accurately represent the use of the Apple Watch Ultra, it may give certain customers confidence in the durability of the sapphire crystal display cover.