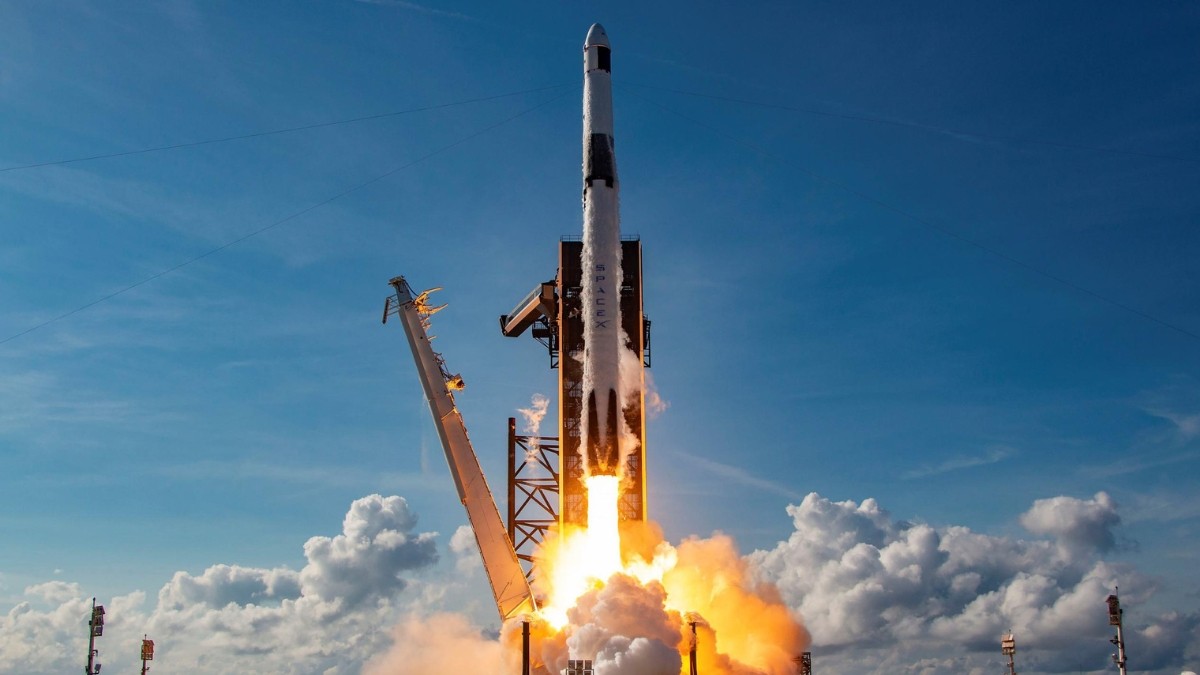 This morning, November 27, a SpaceX Dragon spacecraft docked with the International Space Station, bringing with it a variety of research experiments and two new solar arrays for the station’s continuing power system modifications. The Dragon spacecraft was launched by a Falcon 9 rocket on Saturday, November 26 at 2:20 p.m. ET from Launch Complex 39A at NASA’s Kennedy Space Center in Florida. The Dragon spent yesterday afternoon and last night in space before docking with the station at 7:39 a.m. ET this morning.

NASA astronauts Nicole Mann and Josh Cassada oversaw the Dragon’s docking with the station’s Harmony module while it was being uncrewed. The Crew-5 Dragon, which brought astronauts to the station in October, the Cygnus-18 spacecraft, which delivered supplies on an unmanned launch earlier this month, the Russian Soyuz MS-22 spacecraft, which brought two cosmonauts and a NASA astronaut to the station in September, and two Russian Progress resupply ships are among the craft currently docked at the station.

Supplies weighing 7,700 pounds and several scientific experiments and technological displays were carried by the Dragon, which will now be unloaded into the space station. The Dragon will stay docked with the station for almost a month before returning to Earth on an unmanned journey after being loaded with cargo and the results of completed scientific investigations.

Docking confirmed! #CRS26 was soft-captured by the @Space_Station at 7:39am ET (1239 UTC) over the Pacific Ocean. pic.twitter.com/nXOMKBMysq

Two new solar panels for the space station are among the items that the Dragon is delivering. As part of a long-term initiative to modernize the station’s power system, these arrays, known as International Space Station Roll-Out Solar Arrays, or iROSAs, are to be installed at an offset above the station’s current array. Due to technological advancements, the new arrays are smaller than the old arrays but still provide the same amount of power. While some of these new arrays have already been put into use, others will be put into use during subsequent spacewalks.

The space station’s capacity for producing electricity is increased by the addition of these solar panels, which unfold using stored kinetic energy. NASA publishes. The ultimate goal is to offer a 20% to 30% increase in power for space station research and operations after the second set that is launching in the Dragon’s trunk is installed.