Home » News » ‘Most Powerful Laser’ To Be Activated By Scientist This Week At Michigan Univ. As first reported by New Atlas, scientists will complete work on the Zetawatt-Equivalent Ultrashort Pulse Laser System (ZEUS) this week at the University of Michigan, ushering in a new era in high-powered laser studies.

The apparatus, which is hailed as the most powerful laser system in the US, will help researchers examine a number of phenomena, including quantum physics, space travel, and cancer treatment.

The ZEUS laser at University of Michigan will replace the 0.5- Petawatt Hiscules laser which was used in 2008 to set the Guinness World Record For the Highest Intensity Focused laser. ZEUS can replicate a beam that is approximately a million times stronger than its maximum strength at 3 Petawatts. It does this by aiming its laser in the opposite direction to a high-energy electron beam. The full power operation will simulate a zetawatt pulse laser, allowing researchers the opportunity to study extreme plasmas as well as quantum electrodynamics. These tests could lead to the creation of matter and antimatter, which could help explain some of the most fundamental phenomena in the cosmos.

Louise Willingale, Associate Director of ZEUS, stated in a statement that “Magnetars” are neutron stars with strong magnetic fields and objects such as active galactic nuclei surrounded in very hot plasma. She also said that they can recreate the microphysics in hot plasma in extremely strong laboratory fields.

This operation is unlikely to take place soon as a number of Xray imaging technology will be first studied using low-power laser pulses at 30 terawatts. However, 500 terawatt experiments will be conducted in the local fall, before zetawatt operations are initiated in 2023. This is known as ZEUS’s signature.

ZEUS will help scientists understand the effects of materials changes over short time periods. It is also expected to aid in the development of technologies to enhance detection of nuclear weapons in shipping materials. 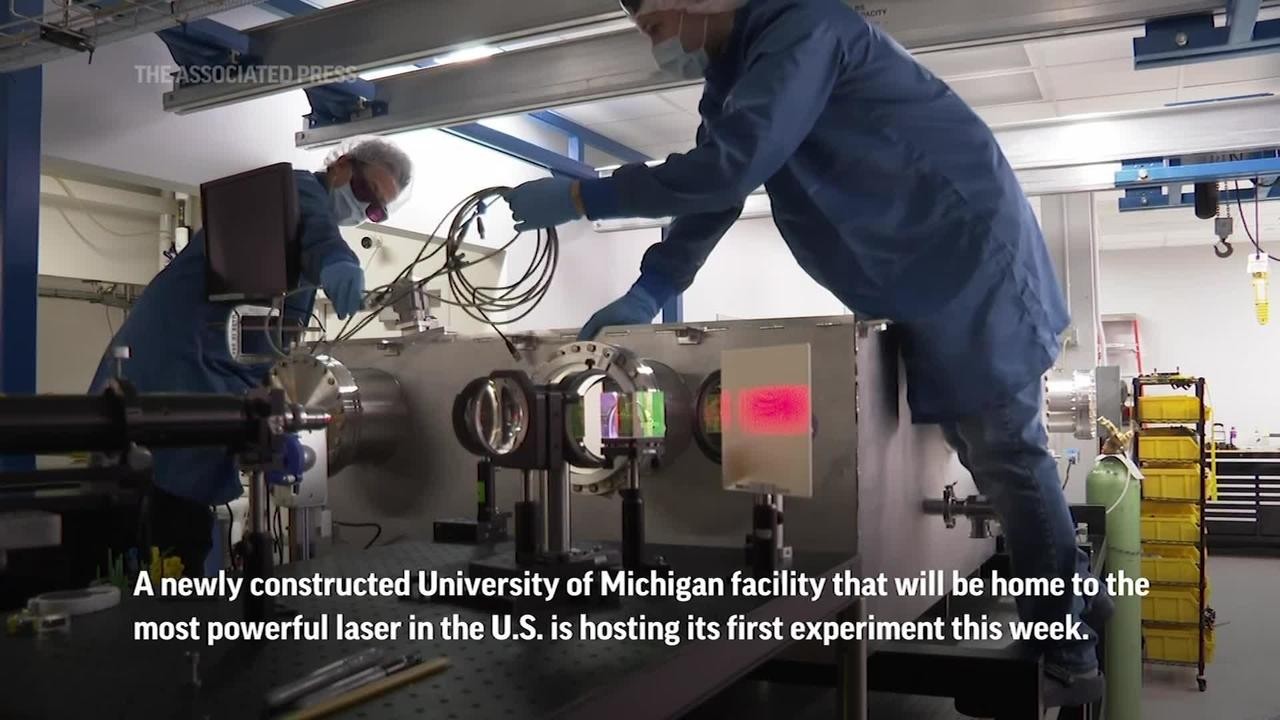 Potentially, the facility’s research will lead to more compact and efficient particle accelerators that can produce radioactive isotopes or proton beams. This could speed up the creation and delivery of cancer treatments.

Karl Krushelnick is the director of the Center for Ultrafast Optical Science which houses ZEUS. He said it would be one of the most powerful laser systems on the planet and the highest peak power laser in America.

The team’s first area to begin operation is the high-repetition target, which tests the system with stronger but less frequent laser pulses.

Franklin Dollar, a Michigan graduate, is currently an associate professor of Physics and Astronomy at University of California Irvine. His group is currently investigating a new form of Xray imaging.

They will use ZEUS to send infrared pulses to a helium target and convert the gas into plasma. Scientists claim that this plasma accelerates electrons to high energies, creating very small Xray bursts, as electron beams flicker.