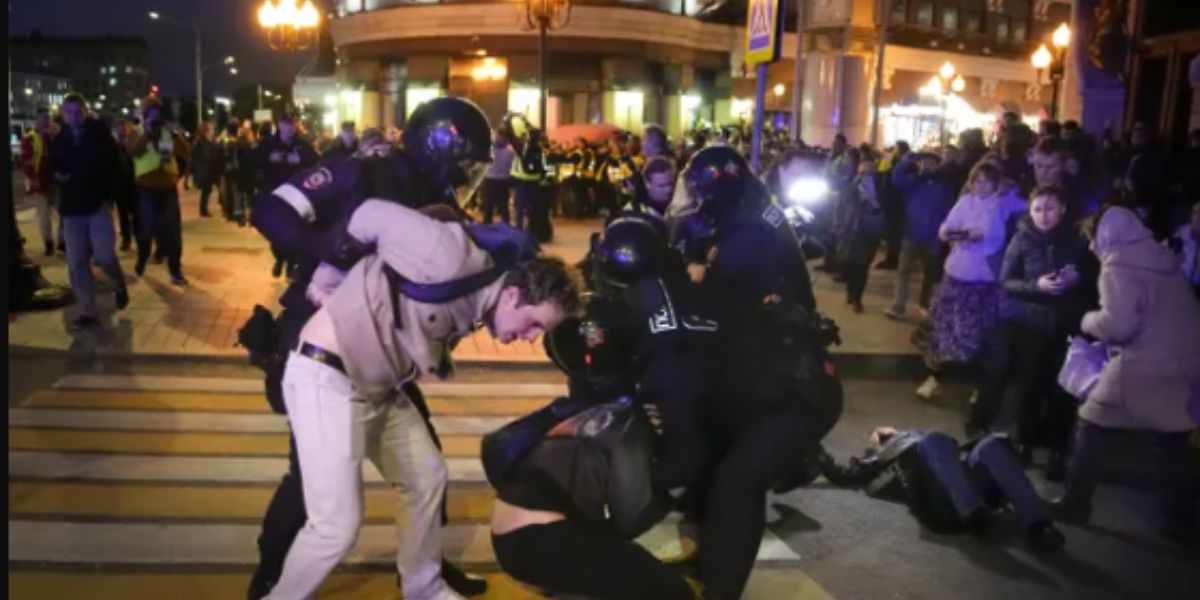 According to data gathered from 38 Russian towns by the independent OVD-Info protest monitoring group, more than 1,311 persons had been detained by late evening.

These figures, according to the report, included at least 502 in Moscow and 524 in St. Petersburg, Russia’s second-largest city. According to Russia’s anti-protest laws, unapproved rallies are prohibited.

Irina Volk, a representative of the Russian interior ministry, claimed in a statement that police had suppressed attempts to organize what it called minor protests. 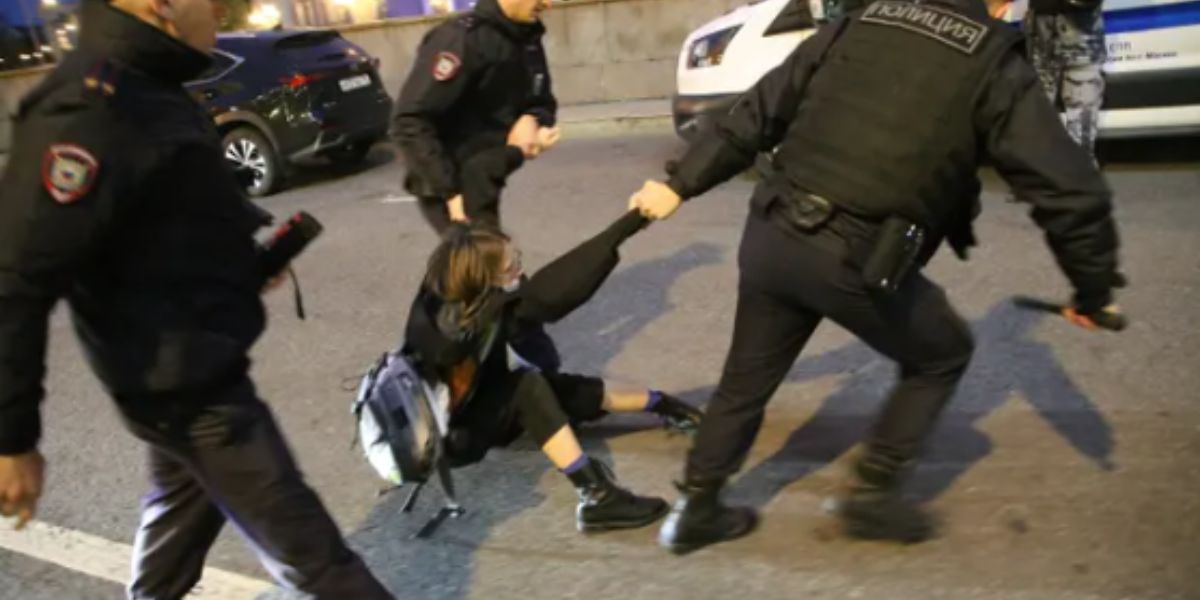 “In a number of regions, there were attempts to stage unauthorized actions which brought together an extremely small number of participants,” Volk was quoted as saying.

“These were all stopped. And those persons who violated laws were detained and taken to police stations for investigation and establish their responsibility.”

After Putin ordered the immediate call-up of 300,000 reservists on Wednesday, one-way tickets out of Russia shot up in price and sold out quickly.

“Thousands of Russian men, our dads, brothers, and husbands, will be put into the meat grinder of the conflict,” the Vesna opposition movement warned in a call for rallies. What are they going to die for? What will cause mothers and kids to cry? 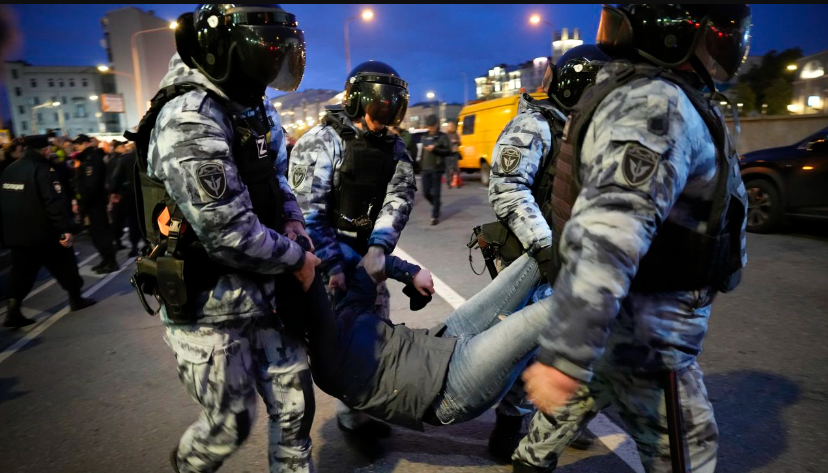 The Moscow prosecutor’s office issued a warning that organizing protests or taking part in them might result in sentences of up to 15 years in jail. Before other protests, authorities have issued similar warnings. The nationwide anti-war demonstrations on Wednesday were the first since the combat started in late February.

At least 50 individuals were held by police in anti-riot gear on a major commercial boulevard, according to AFP journalists in Moscow’s center.

Reporters from AFP witnessed police in St. Petersburg surround a small number of protestors, detain them one at a time, and load them onto a bus.

“No mobilization!” were the chants of the protesters.

“Everyone is scared. I am for peace and I don’t want to have to shoot. But coming out now is very dangerous, otherwise there would be many more people,” said protester Vasily Fedorov, a student wearing a pacifist symbol on his chest.

“I came out to the rally planning to participate, but it looks like they’ve already arrested everyone. This regime has condemned itself and is destroying its youth,” said Alexei, a 60-year-old resident who declined to give his last name.