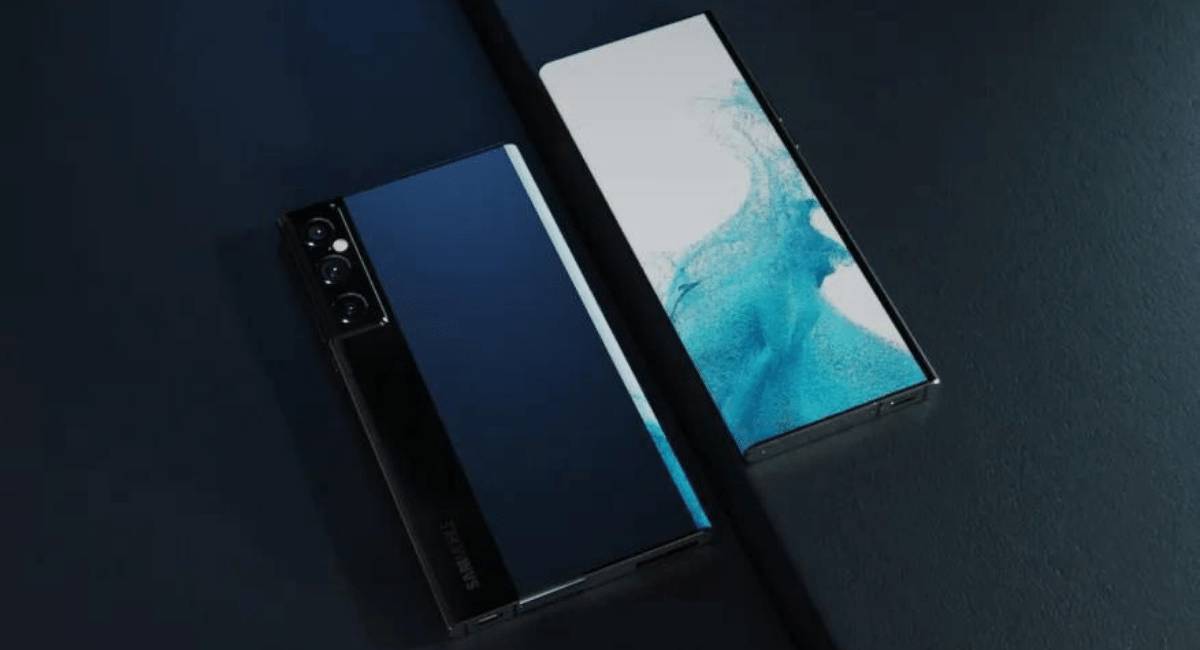 If you follow smartphone news, then you probably know that rollable smartphones are the next big thing stealing thunder from foldable phones. So, it’s a futuristic concept and one no commercially available smartphone has right now though we have seen some concepts or prototypes from the likes of Oppo.

Samsung has reportedly filed patents for 10 new foldable phone designs. These patents incorporate smartphones with rollable, scrollable, and slidable displays. The patents are a reflection of Samsung’s futuristic vision of foldable phones. Patently Apple was the first to apply for patents regarding rollable smartphones. However, the patents most often don’t get translated into reality. Recently, 10 more patents by Samsung are on the way, adding a total of 20.

Samsung foldable smartphone segment with its Fold and Flip series of phones is much sought after among consumers. The Korean tech giant is all set to take foldable phones up a notch. The news is in the air that Samsung may soon unveil slide-out foldable phones. The company showcased a multi-rollable phone prototype in May, dropping a hint at its plans to release a slideout-style phone.

At CES Samsung Display the unit of Samsung electronics that designs and produces displays for Samsung and others, has unveiled a range of new OLED panel options, including rollable smartphones giving us a hands-on look at what we can expect from the company in the future. Keep in mind that these are not the final retail devices but more of prototype units, but they should give us an idea of what to look forward to when it comes to the future of smartphones. 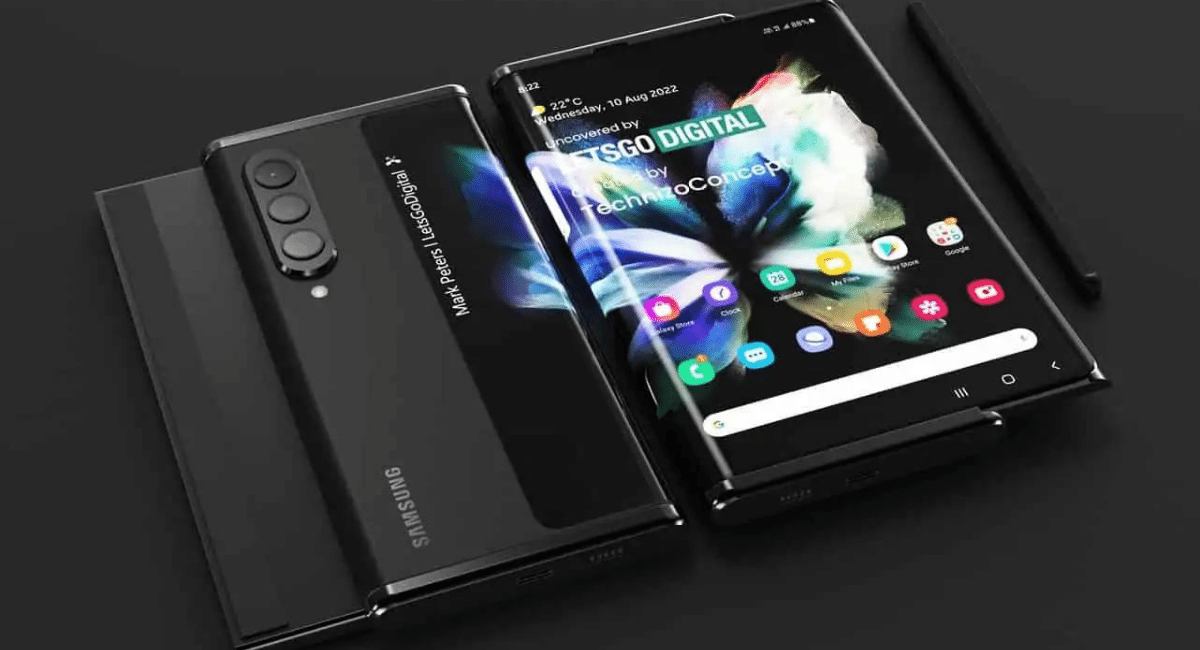 First up here is Samsung’s flex lightable OLED display technology, aka rollable.
The smartphone looks like a regular phone until you press a button on the side, which makes the panel slide out for a bigger screen. One of the knocks against foldable phones is that there is a visible crease on the display where the phone falls in half that’s less of a concern for a rollable device since there is minimal bending going on the screen just rolls out. Also, Samsung’s approach to this concept is way better than Oppo’s.

As Oppo’s device takes the better part of 2 or 3 seconds to fully extend. It’s slow enough that you might not bother if you are in a hurry to check map directions, but that’s not the case with Samsung’s rollable. It quickly slides in and out, making it a practical unit. There’s one thing that still bothers me is that the display is exposed all the time, and that’s not a good thing as foldable displays are still prone to scratches. So it will be interesting to see how they tackle this, but it’s certain that this is where we’re heading in the evolution of foldable technology, and can’t wait to see what they bring us to the table.

Moving on, Samsung also showcased flex Sand G OLED panels. When folded twice, the device can be used as a conventional smartphone, and when it’s unfolded, it gives you a significant expansion of the screen’s real state. In one prototype, there’s also a thick bezel on the left-hand side of the device when unfolded, hosting the cameras and giving you an area to grip the handset. 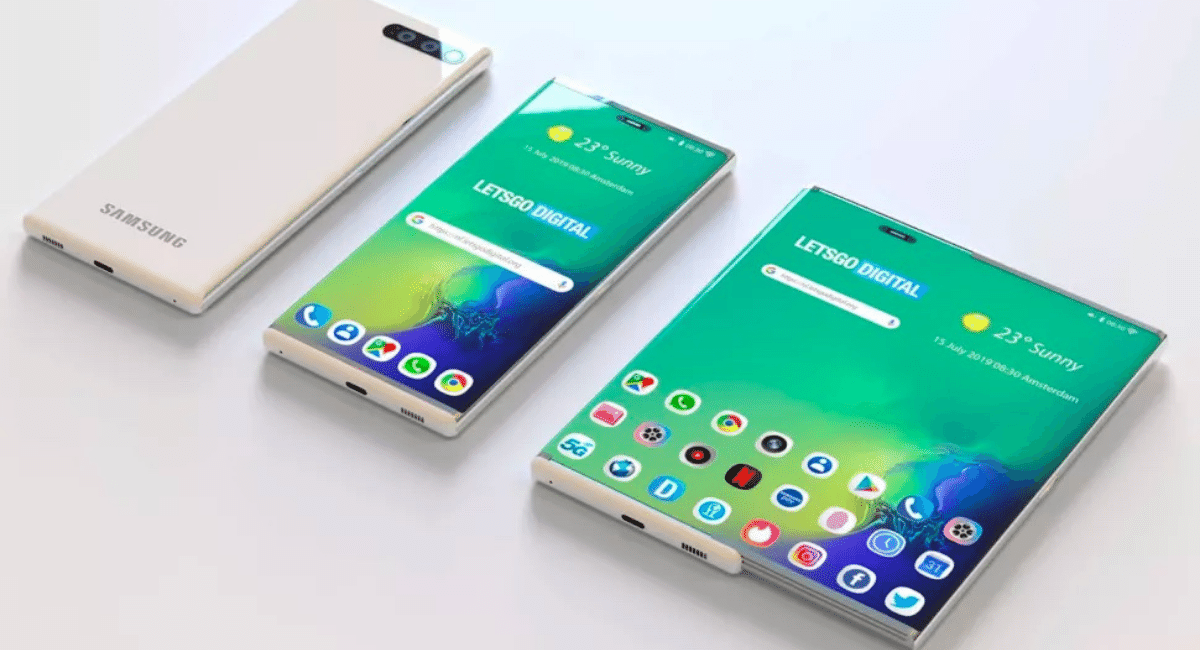 The flex G panel, in my opinion, is more practical as it allows the multi-fold with an inward fold. This unique g-shape of the panel allows for the display to be protected from external impact or scratches all the time, and I can see Samsung adopting this technology for one of their future foldables. Now, these foldable panels are not just limited to smartphones.

Samsung is also bringing it to the laptops called the flex node. It offers a large display panel and functions like a 13-inch laptop when folded and is a 17-inch wide monitor when unfolded that doesn’t sound like much.

But like I’ve said in the past, measuring screen diagonal sizes with foldable is now irrelevant because you get much more screen surface area with just a couple of inches more in screen size. Also, since this is an in-folding type, the display remains protected all the time. The new prototypes, especially these lightable phones, certainly get me excited for the future. There’s no saying when this technology will find its way inside Samsung smartphones, but if the rumors are anything to go by, it should be in 2023.