Home » News » The Pentagon has chosen four tech firms to form a $9b cloud computing network. 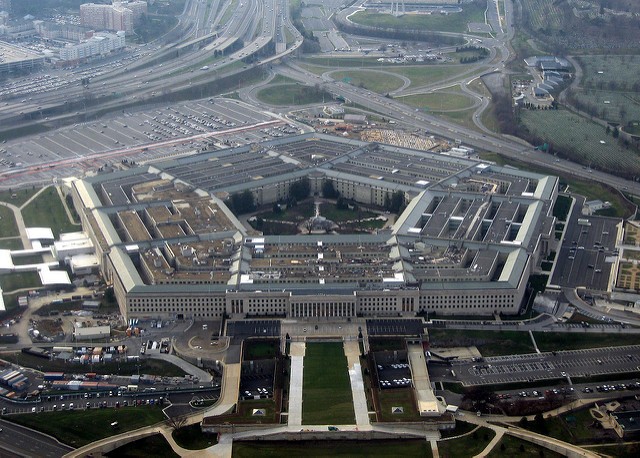 Department of Defense officials explained the advantages of collaborating with Google, Oracle, Microsoft, and Amazon to create the Pentagon’s new cloud computing network today at a press conference attended by Ars. The multi-cloud strategy was defined as a necessary step to keep military personnel up to date as technology advanced and officials’ knowledge of cloud technology matured.

Air Force Lieutenant General Robert Skinner stated that the $9 billion Joint Warfighting Cloud Capability (JWCC) contract would aid in the rapid expansion of cloud capabilities across all defense departments. He described new accelerator capabilities such as preconfigured templates and infrastructure as code that could allow even “people who don’t understand cloud” technologies to be leveraged. Such capabilities could make it easier for troops on the ground to access data collected by unmanned vehicles.

“JWCC is a multiple-award contract vehicle that will provide the DOD with the chance to gain commercial cloud capabilities and services directly from commercial Cloud Service Providers (CSPs) at the speed of task, at all classification levels, from headquarters to the tactical edge,” the DOD said in a press release.

Till now, officials did not have direct access to cloud providers, and military personnel around the world did not have cloud technology capable of offering access to files at three classification levels: unclassified, secret, and top secret. With JWCC, that has changed, and the defense department now intends to pass on intelligence more fastly. How will tech companies split the contract?

The $9 billion contract is estimated to be ready by June 2028, with Google, Oracle, Microsoft, and Amazon sharing the costs. Rather, each company was assured $100,000 and will have to compete for the remainder of the budget. Defense officials stated that this would result in price wars, just as it does in industry, and that each task order demanding cloud services would be carefully weighed to determine the best fit. A government evaluation team will select vendors based on the best price and technology based on mission objectives.

Microsoft has backed DOD’s multi-cloud strategy, despite having a $10 billion sole-source agreement with the Pentagon providing cloud services, which Reuters mentioned was scrapped last year so the Pentagon could seek more advanced technologies. “The multi-cloud approach for JWCC is the right one for the DOD’s enterprise infrastructure,” Microsoft Federal President Rick Wagner wrote in a blog today. “Multi-cloud is already an established best practice in the commercial sector because it allows organizations to maximize flexibility, improve resilience, and access the best technologies from multiple providers,” Wagner wrote.

Wagner called the JWCC contract a “significant milestone,” promising that “Microsoft will assist in delivering mission-critical 21st-century technology to our nation’s service members and strengthening US national security.”

Ars also contacted other JWCC vendors. Each made similar statements, but none seemed ready to discuss bidding strategies just yet. Karen Dahut, CEO of Google Public Sector, said the company was “proud to be selected.” Oracle Executive Vice President Ken Glueck told Ars, “Built to enable interoperability, Oracle Cloud Infrastructure will help propel the DOD’s multi-cloud innovation and ensure that our defense and intelligence communities have the best available technology to protect and preserve our national security.”