In a move intended to diplomatically isolate Russia at the UN, the General Assembly on Wednesday overwhelmingly voted to condemn Russia for its invasion of Ukraine and demanded that Moscow cease hostilities and remove its military forces.

141 of the 193 members of the assembly voted in favor of the resolution, which was approved during a rare emergency session that the U.N. Security Council called while Ukrainian forces fought to defend the port of Kherson against airstrikes and a devastating bombardment that drove hundreds of thousands of people from their homes. 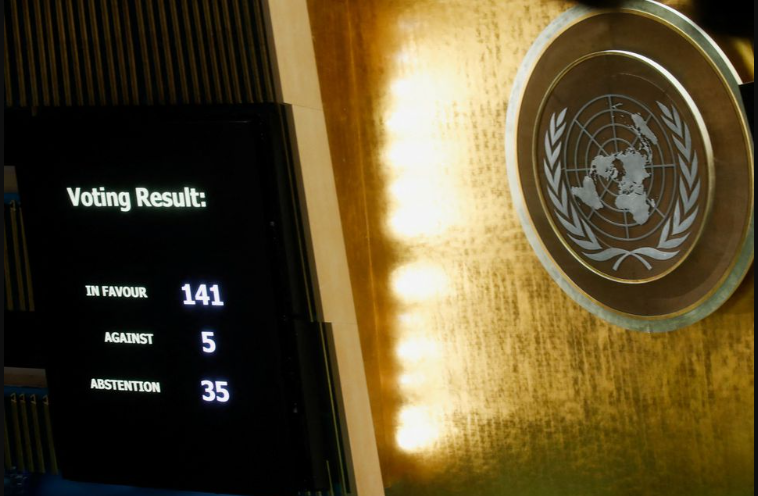 Eritrea, North Korea, Syria, and Belarus, which had been used as a launching pad for Russian invasion forces,  all voted against the resolution. 35 members, including China, chose not to vote.

“As 141 member states of the United Nations know, more is at stake even than the conflict in Ukraine itself. This is a threat to the security of Europe and the entire rules-based order,” U.S. Secretary of State Antony Blinken told reporters after the vote.

Linda Thomas-Greenfield, the U.S. ambassador to the UN, warned the crowd that Russia was about to escalate the savagery of its offensive and urged participants to hold Moscow accountable for its transgressions of international law. 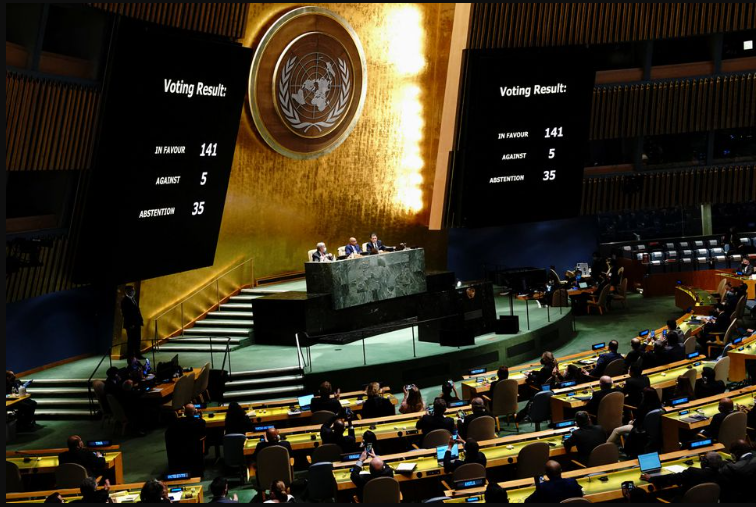 She referred to recordings showing the Russian military transporting heavy weaponry into Ukraine, including vacuum bombs and cluster munitions, which are illegal under international law.

“This is an extraordinary moment,” she said. “Now, at more than any other point in recent history, the United Nations is being challenged.”

Speaking on China’s abstention, Beijing’s envoy, Zhang Jun, said the resolution did not undergo “full consultations with the whole membership” of the assembly.

“Nor does it take full consideration of the history and complexity of the current crisis. It does not highlight the importance of the principle of indivisible security, or the urgency of promoting political settlement and stepping up diplomatic efforts,” he said. “These are not in line with China’s consistent positions.”