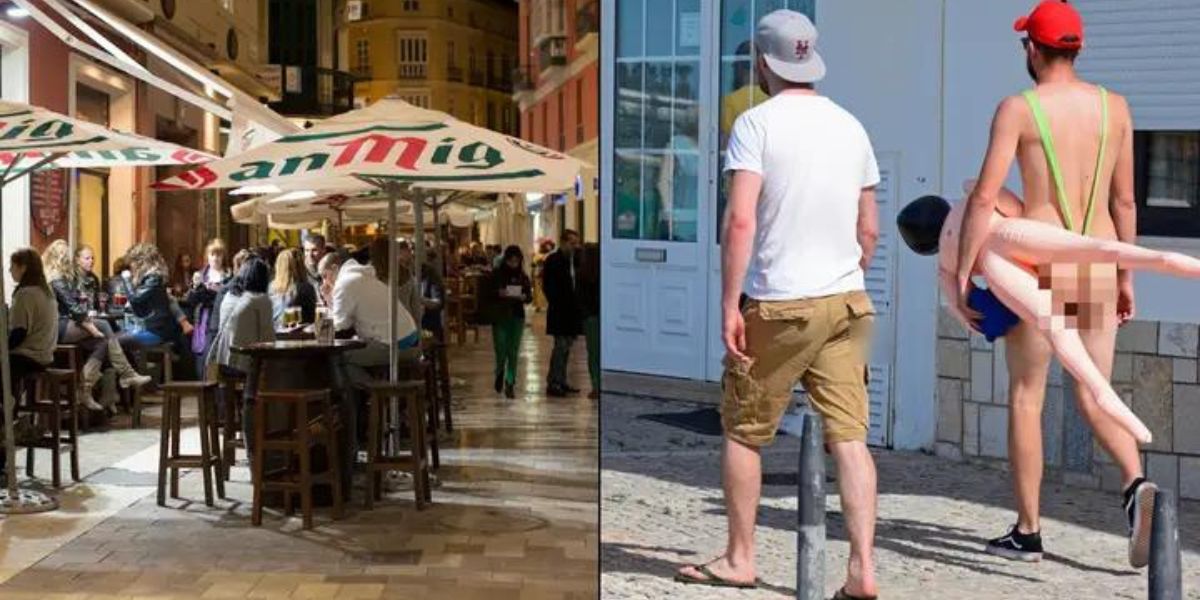 Imagine this You’re having a good time with the guys in Málaga for your friend’s stag party. Life is fantastic; the sun is shining and the alcohol is flowing.

With just a few blow-up sex dolls still needed, you can send your best friend off to married life in the most memorable way conceivable.

An outright £650 fine might be levied against hen and stag parties due to the Spanish city’s ban on inflatable genitalia and sex toys.

Due to its affordable flights and vibrant nightlife, the region has become a favorite among those who want to party before getting married.

However, authorities are putting a stop to bachelor and bachelorette parties along the Costa del Sol, enforcing fines of up to £1,300 against individuals wearing offensive costumes and inflatables after locals voiced their displeasure with the events.

The revised draught states that it is unlawful to “walk or remain in the streets merely in underwear, with genital-representing clothing or accessories, with dolls or other components of a sexual nature.”

In light of this, you might want to postpone getting that enormous blow-up phallic thing for your buddies, and you should probably toss your mankini plans.

However, there may be more surprises in store for hen or stag weekend travelers. If the perpetrator is with a minor, defined in Spain as anyone under the age of 18, a person with a disability, or if it occurs in front of a school, the fines could reach up to €1,500 (£1,300).

If you’re leaving on a girls’ or guys’ getaway next summer, you might want to double-check your packing list because the new law is reportedly going to take effect in early 2023.

The law was put into place as a result of an uptick in antisocial behavior in the city, which authorities attribute to such gatherings.

“Public spaces must be preserved as places where people can meet, coexist and enjoy their leisure time while respecting others.”