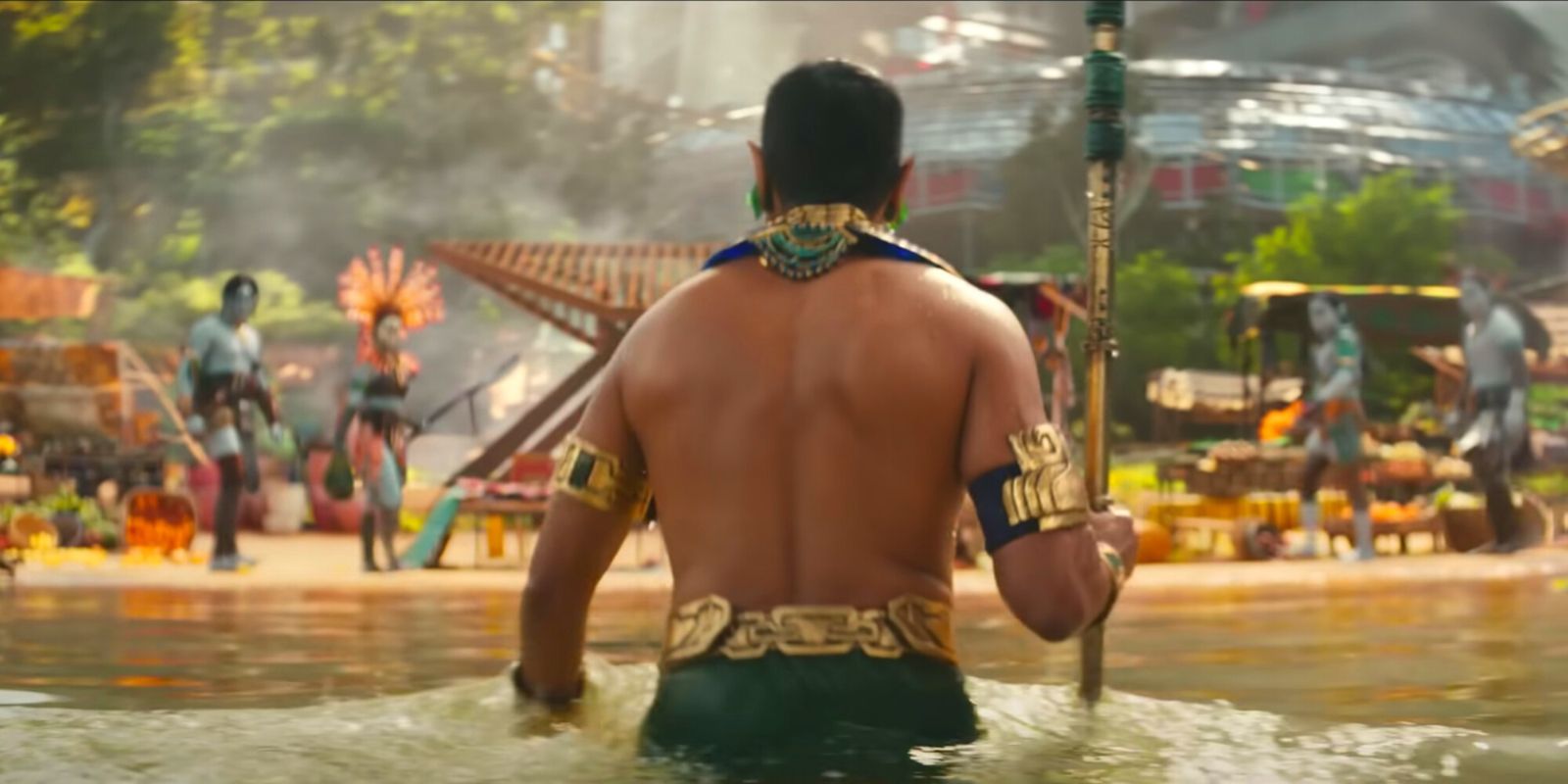 The two images, which MCU Facility posted on Twitter, respectively show the movie’s adversaries Namor, Namora, and Attuma, as well as the returning characters Shuri, Nakia, Okoye, and M’Baku. With the exception of brief glimpses in the initial teaser trailer, this is one of the most distinct views yet of the characters’ appearances. The fact that Namor’s attire in this illustration is referred to as a “Traditional Suit” suggests that Tenoch Huerta’s Atlantic warrior will wear further costumes in addition to the elaborate headpiece and Mayan-inspired appearance.

The World of EPI’s Black Panther: Wakanda Forever series of dolls already displayed Shuri, Okoye, and Nakia’s new movie looks, with the Shuri figure additionally sporting a silver helmet not depicted in the image. Nakia is wearing a green suit with blue accents, while Okoye is dressed in the Dora Milaje uniform, which is virtually unchanged from prior appearances. The Nakia doll also comes with blue boots, albeit the painting doesn’t depict them.

Some fans of the Marvel Cinematic Universe might not be familiar with the new characters, but Namor the Sub-Mariner, the king of Atlantis, has been a mainstay of the Marvel Universe for years. Mabel Cadena will portray the identically named Namora, who is Namor’s cousin. Alex Livinalli will play Attuna, a warlord who longs to control Atlantis and a recurring foe. These characters all originate from Talocan, an underwater city from Aztec mythology, rather than Atlantis, according to their MCU iterations.

Letitia Wright, Lupita Nyong’o, Danai Gurira, Winston Duke, Florence Kasumba, Angela Bassett, and Martin Freeman all reprise their roles from the original Black Panther movie in Wakanda Forever. In addition, it stars three MCU newcomers: Dominique Thorne as Riri Williams/Ironheart, who will appear before her own Disney+ series, Michaela Coel as Aneka, a member of the Dora Milaje, and Tenoch Huerta as Namor. The film is directed by Ryan Coogler, while Coogler and Joe Robert Cole wrote the script.

On November 11, Black Panther: Wakanda Forever will be released in theatres.