Snap launched its first AR (augmented reality) game on Snapchat called Ghost Phone. The spooky “found phone” title is a mystery game leading players on a quest to find out what happened to the previous owner of a smartphone. In addition, players can play Ghost Phone on Snapchat and hunt for ghosts around them using AR. Thus, it is somewhat similar to hunting pokemon on Pokemon Go, but in this game, players have to chase ghosts.

Players have to use their phone’s camera to find AR ghosts nearby. Additionally, Snap says that players will have to “complete different types of activities to find and capture the ghosts.” And, as they capture more ghosts, they will unlock additional things to check out the “phone,” such as new text messages and more apps.

Snapchat users can check out Ghost Phone in Lens Explorer. Besides that, Snap offers other games as well – like “Bitmoji Party,” “Bitmoji Tennis,” and “Bitmoji Paint.” In addition, it features games like “Tiny Royale” and “Bumped Out,” made by Zynga, a unit of Take-Two Interactive Software. 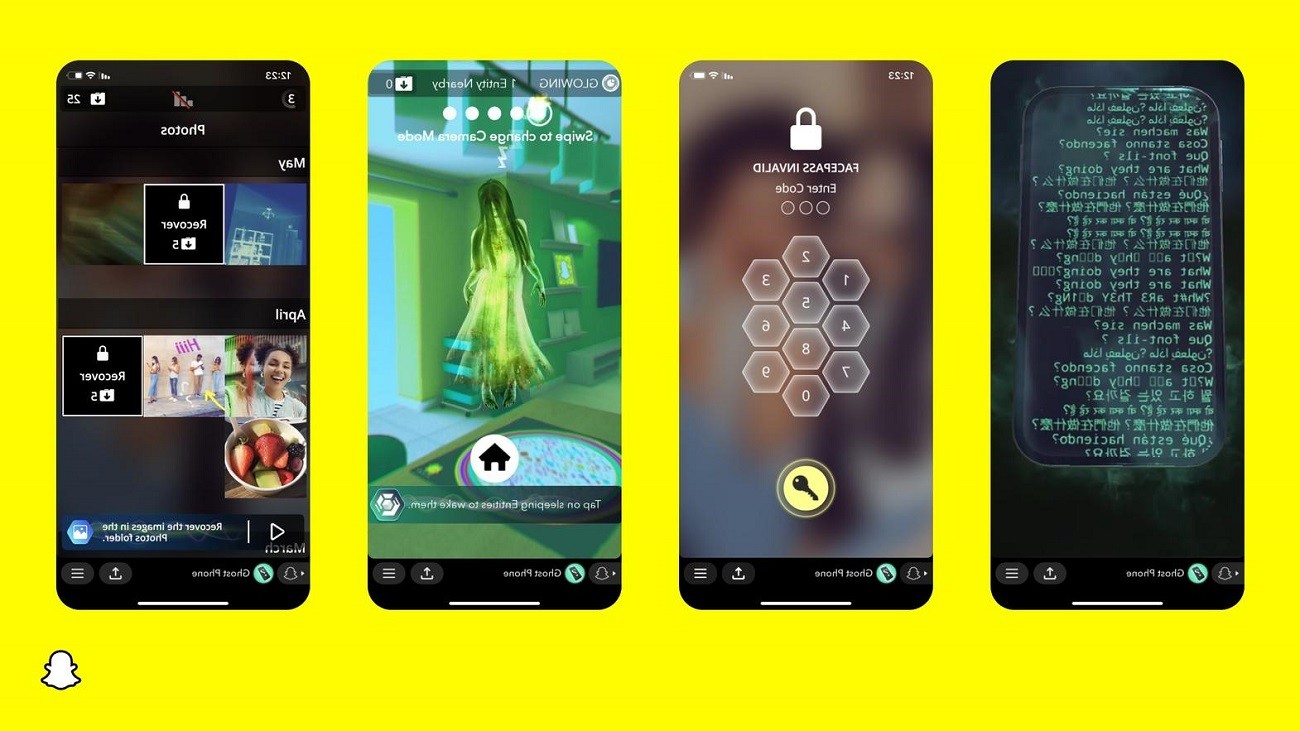 Snap reported around 347 million daily active users in Q2, an increase of 18% year-over-year. In addition, the company saw stocks slide on missed EPS (earnings per share) estimates and the withdrawal of Q3 guidance. CEO Evan Spiegel said, “While the continued growth of our community increases the long-term opportunity for our business, our financial results for Q2 do not reflect our ambition.”

Moreover, Snap highlighter the growth of its AR and original content in the Q2 earning report. Thus, releasing AR games could be a growth driver for Snap as it works towards maintaining its large user base and keeps them on the platform.

“We are evolving our business and strategy to reaccelerate revenue growth, including innovating on our products, investing heavily in our direct response advertising business, and cultivating new sources of revenue to help diversify our topline growth,” said Spiegel.

However, none of the AR games till now has come up to par with Pokemon Go. Nonetheless, Snap hopes that Ghost Phone will garner a dedicated following while utilizing its AR features like Lens.