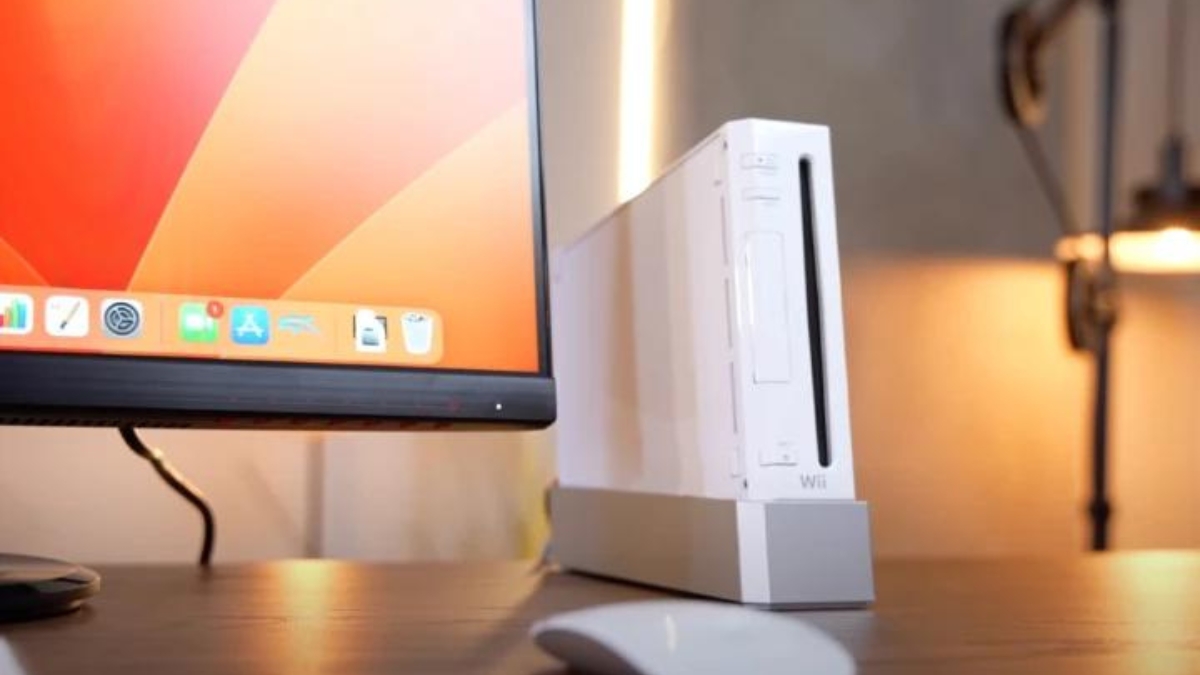 Popular YouTuber Luke Miani has created a Nintendo Wii that can play games in 4K and has the internals of an Apple M1-powered Mac Mini. Miani pondered what it may be like to cram all the power and potential of the tried-and-true M1 Mac Mini into something a little more distinctive, like a low-key Nintendo Wii.

He then disassembled a Mac Mini for his project, essentially preserving the logic board while altering (or making new) components as needed.

The power supply unit posed one of the toughest challenges (PSU). In the video, he appears to have taken inspiration from Snazzy Labs’ approach, which involved keeping the Wii’s power connector but using a Microsoft Surface charger to supply adequate power through his PSU combination. In addition to heat sinks, Miani added a smaller 12V fan to eliminate throttling problems.

A lot of hacking was required, as well as a few 3D-printed mounting plates and brackets, to fit all the alterations into the Wii’s casing. Overall, the outcome is quite amazing. The computer starts up and appears to function normally. Even the working I/O ports are neatly concealed beneath a cover. Due to the fact that just two of the three antenna bands were integrated into the design, the YouTuber claims that Wi-Fi and Bluetooth connections weren’t as good as he would have liked (the last one was still located on the Mac Mini bottom plate). He came up with a workaround by using a Wii antenna that had the required connector.


We can’t help but be amazed by Miani’s originality in this situation. His setup combines one of the most recognizable gaming console casings ever made with an M1 Mac Mini that can push 4K.