Jim Starlin, co-creator of Shang-Chi, recently said that he was disappointed Fin Fang Foom did not appear in Shang-Chi or the Legend of the Ten Rings.

Starlin stated that the absence of the space dragon was his only complaint with the blockbuster 2021 Marvel Cinematic Universe blockbuster in an interview with Inverse. He said, “I was just stunned when I walked out of Shanghai-Chi and Ten Rings.” “My only disappointment was not that Fin Fang Foom was the dragon. I had been waiting for a dragon wearing a bathing suit. Starlin and Steve Englehart created Shang-Chi for 1973’s Special Marvel Edition #15. Fin Fang Foom was created by Stan Lee and Jack Kirby in 1961’s Strange Tales #81. 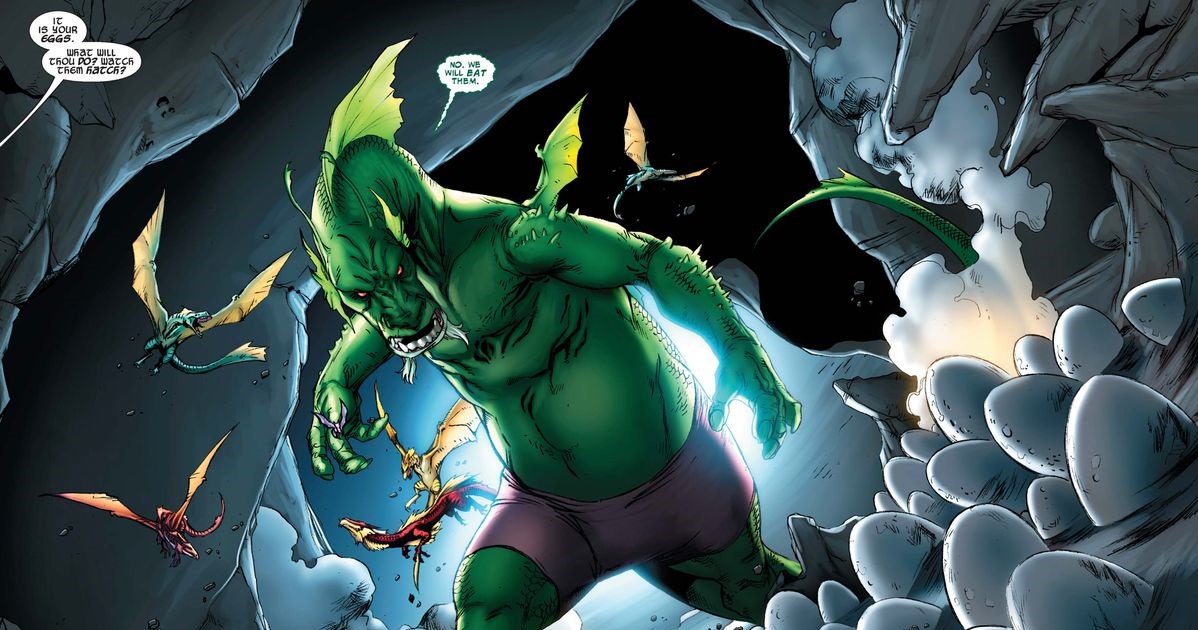 While Shang-Chi and the Legend of the Ten Rings did not introduce Fin Fang Foom into the MCU, the film introduced many other monstrous creatures into the universe. The climactic battle between Shang-Chi, the Legend of the Ten Rings and the Dweller of Darkness involves the massive soul-eating demon The Dweller of Darkness and its horrifying minions. Jerad S. Marantz, concept artist, recently shared a sketch of the Dweller In Darkness’s underlings. This is unfinished design and it is certainly more frightening than the final film due to its skeletal visage and multiple sets limbs.

What is Shang Chi’s role in Phase Five of the MCU? Starlin’s dream to create a live-action Fin Fang Foom version is still possible. Marvel Studios has already announced a sequel for Shang-Chi, the Legend of the Ten Rings. Star Simu Liu also teased recently that he would be heavily involved in the MCU Phases Five & Six. “I watched the presentation basically via Twitter and was like, ‘Oh! I’m going to get busy! “I’m going to keep busy for the next few years. It’s possible that Fin Fang Foom, the MCU’s resident martial art master, will meet with Fin Fang Foom in the near future. However, this is speculation at best.