A block of the African tectonic plate is burrowing under southern Europe is stretching Italy eastward under the Adriatic Sea. In 2016 the stress caused an earthquake in the Apennine Mountains that was one in a series of quakes that rattled buildings in Italian towns.

One day, Giuseppe Marra, A principal research scientist at National Physical Laboratory in Teddington, England, was doing some experiments on underground fiber-optic cables. He heard that there was an earthquake. However, he did not feel anything. Marra was looking at the experiment results when he noticed something that he called a small wiggle’ in oscillations. He found out that the earthquake occurred simultaneously when the wiggle occurred. He saw that the earthquake caused a little delay in the arrival of the laser light. 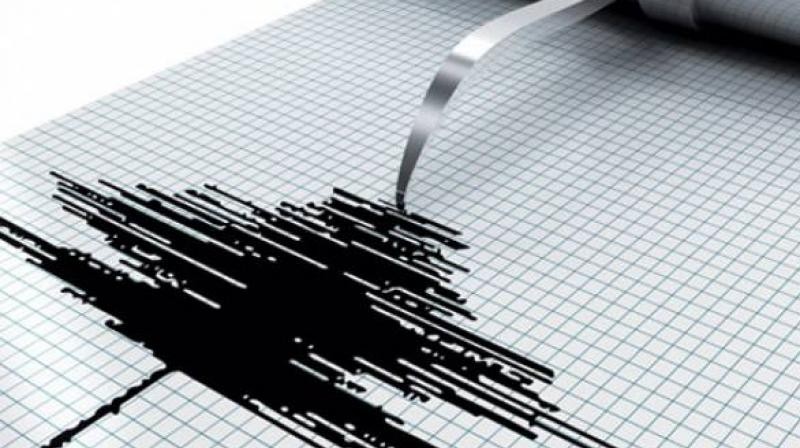 Scientists have planted many seismometers on land and fewer on ocean floors because the installation cost is often more. However, the tsunamis they cause are the most destructive and deadly. In 2004, a 9.1 magnitude tremor near Sumatra caused a tsunami that killed approx 230,000 people. In 2011 a 9.1 magnitude quake near Japan caused a tsunami that killed 20,000 people and also led Fukushima nuclear disaster. If the scientists had anticipated the tectonic movements, an early warning of tsunamis would have saved many lives. 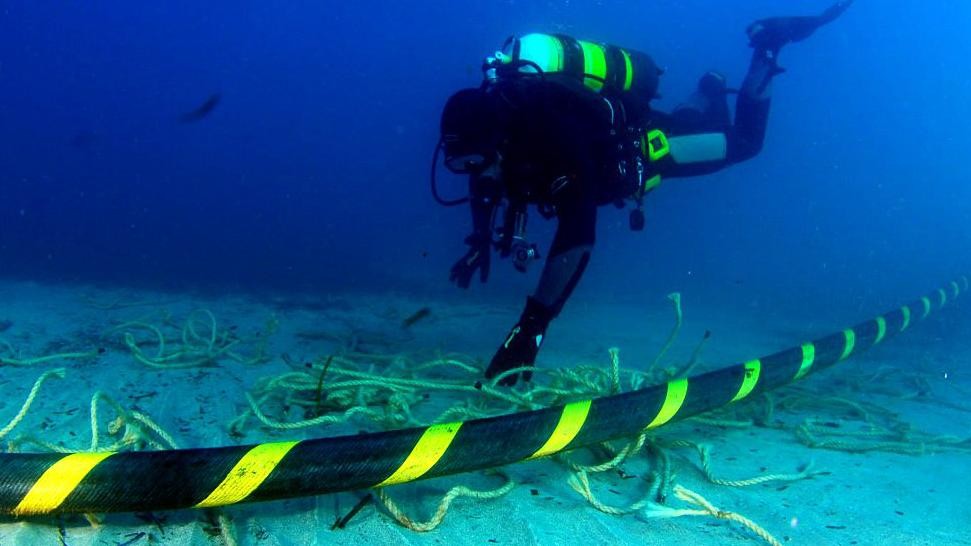 More than 1.2 million kilometers of cable is enough to stretch from the Earth to the moon about three times over, crisscrossing the ocean floor. These cables are funded by Facebook, Google, and the telecom industry’s technology companies. If the companies can share the data with scientists, then maybe they would be able to discover something new in this area. “This is not how telecommunications cables are usually meant to work,” Marra said. “But turning them into sensors becomes a possible game changer at the bottom of the sea.”

Earthquakes pass through the crust into the planet’s molten center, and we know so little about our world. Zhan said that Where oceanic plates dive beneath continents are known as underwater subduction zones. These zones are mysterious. “We suspect earthquakes in the ocean are fundamentally different from the ones we have on land,” Zhan said. “Could the plate boundaries be physically different? Is there some different physics there that we don’t know about?”

The problem is that so few seafloor seismometers collect data in subduction zones. “That gives you a very biased view of the interior of the Earth,” Zhan said. “We don’t know how the plates beneath the ocean behave.” Underwater cables, he added, could change that. The Transatlantic telegraph cables are the ancestors of today’s fiber-optic technology, and these were draped during the 19th century. After the first transmissions, in 1858, the New York Herald declared that “everybody seemed crazy with joy”; the Times worried that rapid communications would prove “superficial, sudden, unsifted, too fast for the truth.” These cables got shorted circuits and sometimes severed by anchors, so the first connection only lasted three weeks.

This cable provided an additional sight to the most hidden parts of Earth. The line had spent two years between Sardinia and Algeria, at a depth of more than two thousand meters. “It was a turning point,” Helen Rozwadowski, a history professor at the University of Connecticut, said. “The cable was encrusted with life—I mean, there was no way it could have just hopped on.” The discovery uncovered marine science and helped inspire many missions to discover something new about marine species. 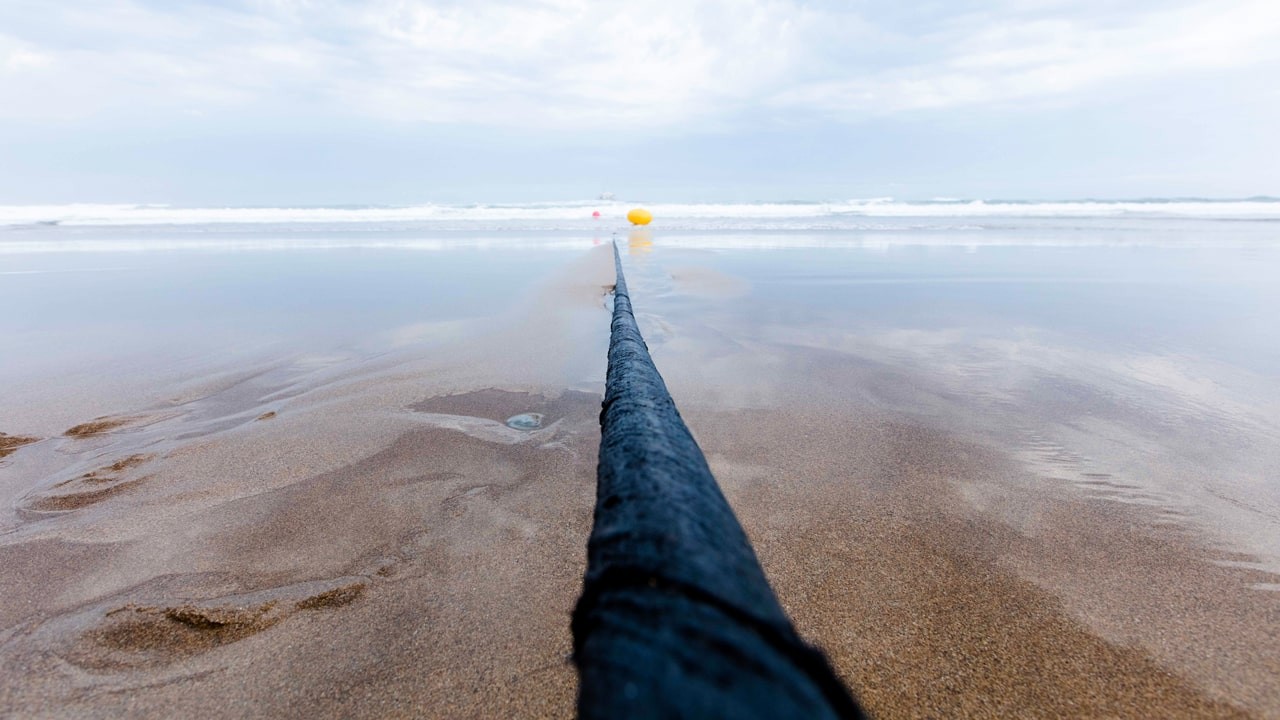 In the 90s and 80s, glass wires were replaced with copper wires. Light can carry information on different wavelengths. “It has always been the case that cables get laid first, and then people begin trying to think of new ways to use them,” the sci-fi novelist Neal Stephenson wrote in Wired in 1996. “Once a cable is in place, it tends to be treated not as a technological artifact but almost as if it were some naturally occurring mineral formation that might be exploited in various ways.”

Since the early 1990s, Bruce Howe has been adding scientific instruments to seafloor cables, and he is an oceanographer at the University of Hawaii. “Whenever a company decides to turn their cable system off, instead of abandoning it in place, as was done in those days, we thought science could use it,” he said. He also shared that telecom companies lay new cables almost every quarter. Howe led the year-long installation of part of Aloha Cable Observatory located on an old AT&T cable a hundred kilometers north of Oahu. He said that he and his team struggled to kink their instruments to the cable, partly owing to “still-all-too-common cable and connector problems.”

In 1998, scientists added a seismometer, a hydrophone, two pressure gauges, and other instruments to the cable that linked Hawaii and California. Howe and his colleagues designed temperature, pressure, and seismology probes that would fit into wires. “The telecom people were adamant that they wanted nothing to do with us,” Howe told me. As he tells the story, they replied, “No way, because it would affect the reliability of the telecom.” This statement disappointed many scientists that put their money into this cable infrastructure.

Any change to a functioning system such as a modest science package can become a liability. “It’s a bit like asking for a different toilet on the space station,” Bayliff told me. “It’s, like, ‘Really, guys? Do you want to risk the whole space station to change the toilet?'”

“The only business reason for these cables to existing, as far as we are concerned, is for data connectivity,” Bikash Koley, the vice-president of global networking at Google. Bayliff worries about what could happen to telecom projects if they contribute to science. “Is ninety-per-cent telecom, ten-per-cent science now a science cable?” Bayliff asked. 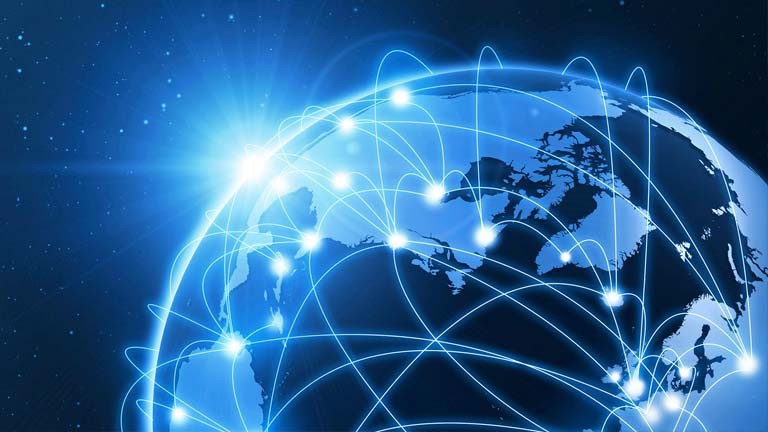 Bayliff said, “Once this becomes the norm, then it will just happen all the time, and no one will worry because the risks will all be the same for everybody.”

Howe and his team collaborated with the government of Portugal to replace its aging cable system, and they knew something about the earthquakes. “They’re motivated,” Howe told me. “They see this in terms not just of telecom operational costs but human costs, and it may take governments to balance these considerations. Companies aren’t going to do that.” The Portuguese government has approved the project, and Howe is expecting at least a hundred and twenty million euros to happen. This cable will connect Lisbon and Azores and the island of Madeira. In 2025 this will start to work, and these instruments will serve as a seafloor science platform and tsunami warning system.

Marra’s discovery proved that using these cables as the tsunami warning system is possible. In 2020, Google agreed that it would share the measurement of light polarization from its optic network with scientists. They were pretty excited to share the information as long as they did not have to add any instruments to their cables. “This was a set of data that you would throw away otherwise,” Koley said. “It has no other use to us.” 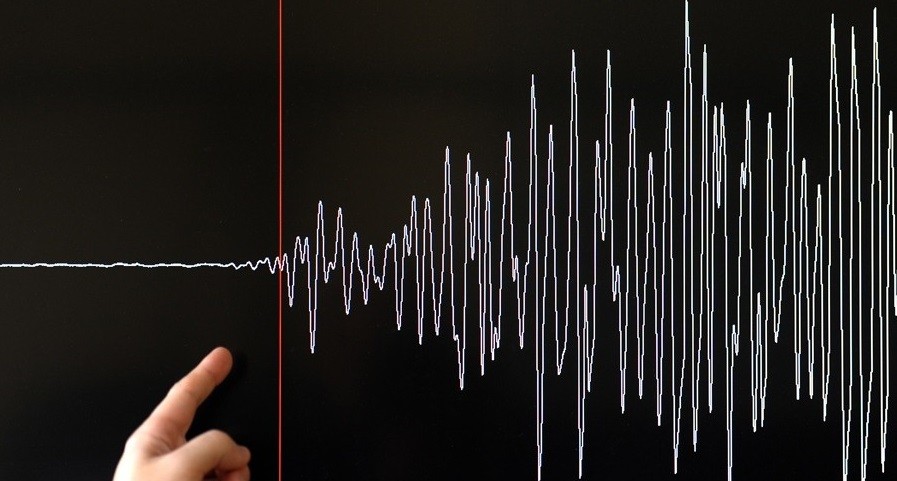 Researchers found that shifts in polarization during the bend, twist, and stretch and cross-referenced the changes with the dozens of earthquakes over nine months. This approach is more straightforward than Marra’s method. “Because the method is so easy to implement, we now have six or seven cables on board, providing data,” Zhan said.

Google gave access to cable landing to the Marra team last year in Southport, England, where cable extended to Dublin and Halifax, Canada. The company also decided to give specific access when not using them. Researchers drove almost five hours from a laboratory in Teddington and installed customized lasers and detectors. Then they could detect the phase shifts under the Irish Sea and the Atlantic Ocean. However, they still needed to determine where the transitions were happening on the seafloor. And as a solution, they took the help of tiny mirrors built into fiber-optic repeaters. And this approach had the required potential to turn the cable into earthquake detectors. 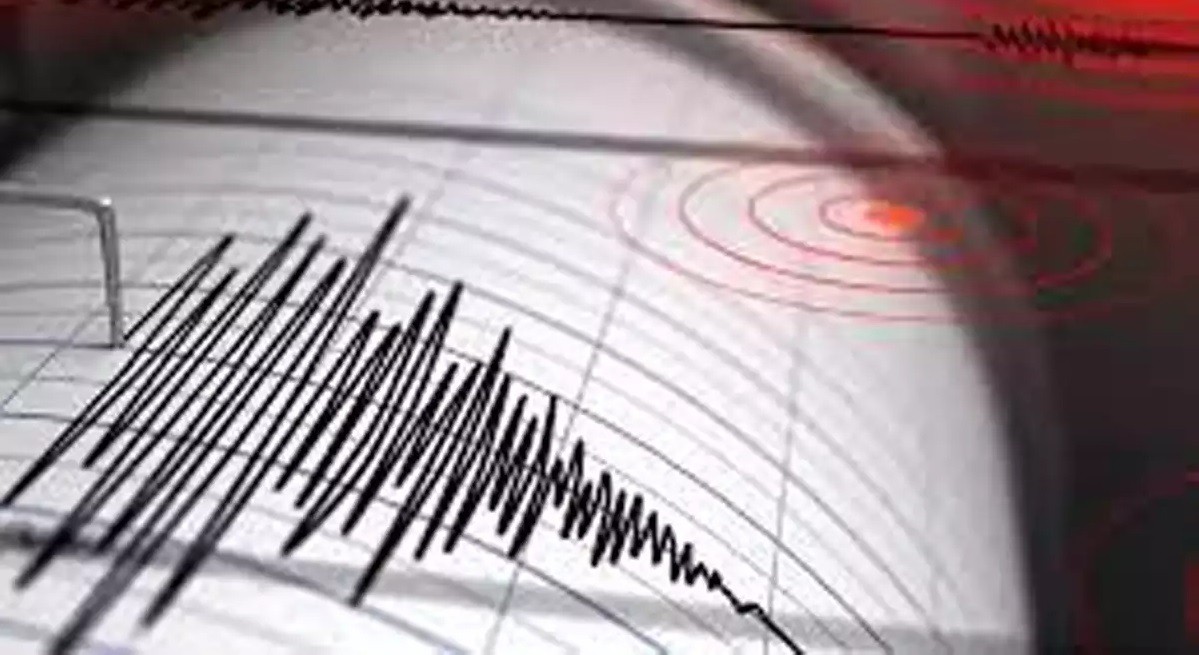 Marra and the team successfully detected two tremors in earthquake sensing work. However, the experiment was not over. While reviewing the data, they spotted a phase change in light under the Irish sea. And this signal was different than before. Marra suspected a cyclone had passed through the area, whipping up waves. “It’s shouting in your face, the correlation with the wave height,” he told New Yorker. “I find that result magnificent.”

Marra and the team are set to detect undersea earthquakes, and we might be able to get a hint of the earthquake and tsunami. They developed methods that can help scientists track tsunamis in real-time. Mara said they might need more time to understand and analyze data and separate the contributions of waves, earthquakes, and other environmental factors.