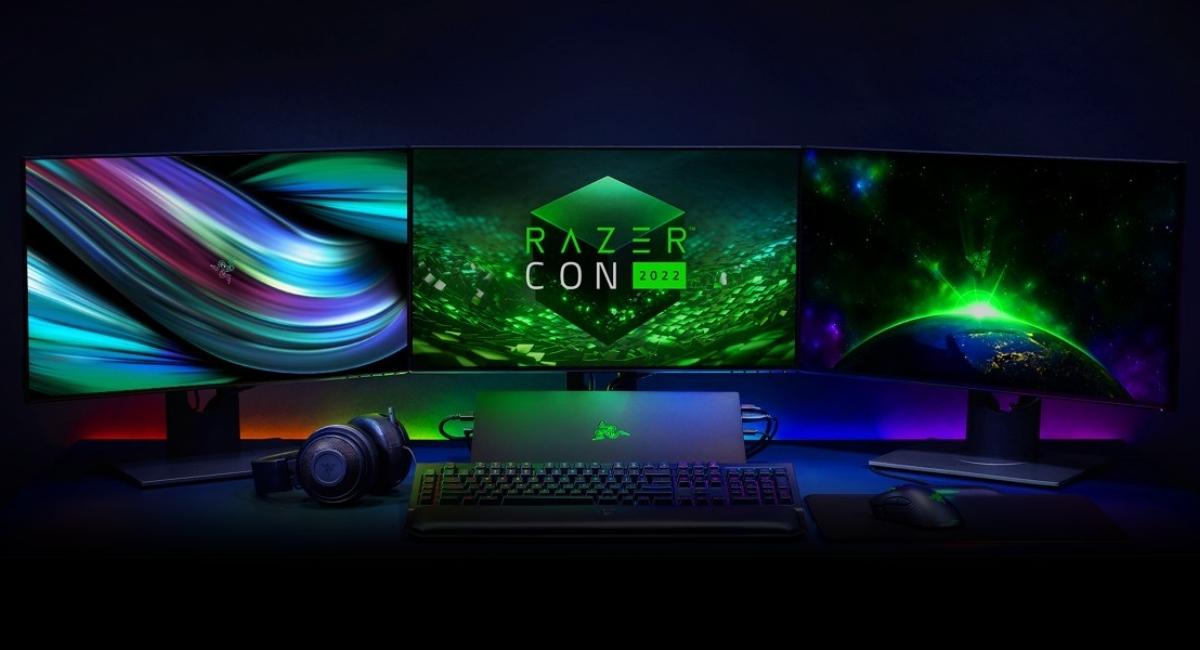 Trade exhibitions like CES and E3 are dying a slow, torturous death as companies learn they can have large, showy events of their own to take the press spotlight for a day. And recently it was Razer’s turn. At RazerCon 2022, the firm unveiled a tonne of new products, including more information on its eagerly awaited handheld gaming streaming device.

In typical Razer form, the company also unveiled further items covered in color-changing LEDs, headphones for gamers who enjoy animals, and gadgets that claim to improve the quality and appeal of live streams.

Here is a compilation of the best and strangest revelations Razer made at RazerCon 2022 in case you didn’t have a chance to see the event.

Let’s start with the most important news. The Razer Edge has been rumored for some time, and while we got our first looks at it a few weeks ago thanks to a Verizon presentation at the Mobile World Congress Las Vegas 2022 show, Razer revealed almost everything we could possibly want to know about the handheld console, including the various versions it will be available in, as well as one very surprising detail at RazerCon 2022. 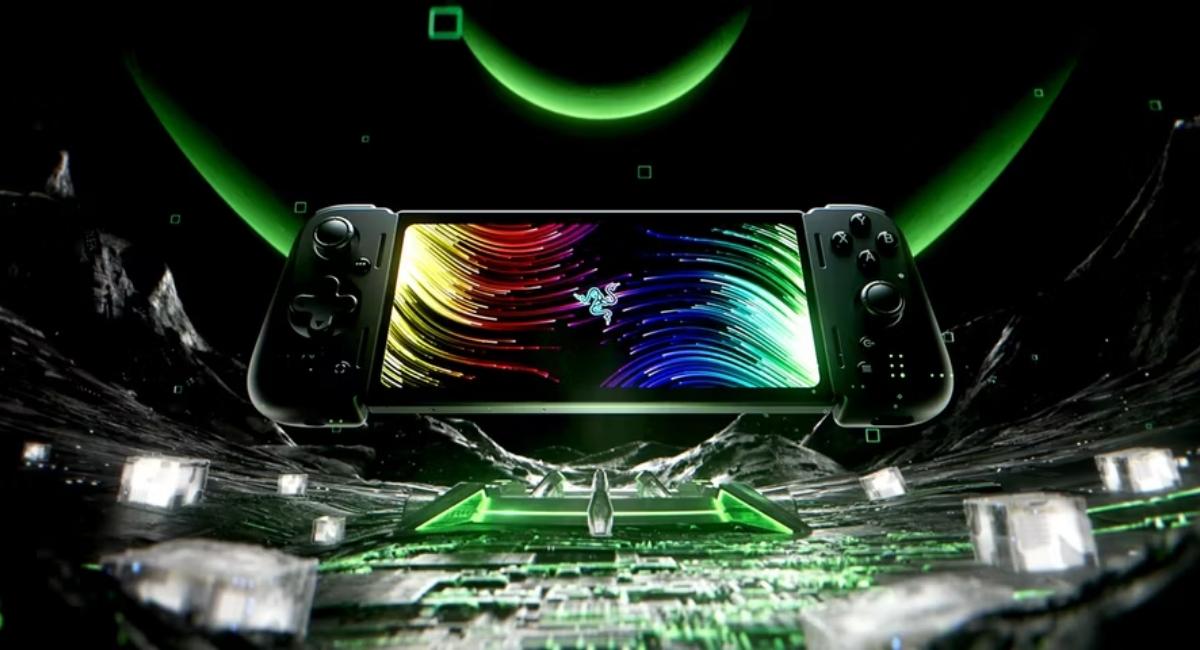 Furthermore, the Edge is a touchscreen tablet device that becomes a true gaming gear when paired with the Razer Kishi V2 Pro, an adjustable controller add-on that’s most frequently used for mobile gaming. Additionally, it runs Android and is available in a wifi-only form or an enhanced model with 5G that enables gaming practically everywhere. It can also easily natively play mobile games like Fortnite due to the Snapdragon G3x Gen 1 Gaming Platform inside.

However, the major draw of the Edge is its compatibility for playing AAA games remotely on a PC using programs like Steam Link or game streaming services like Xbox Cloud Gaming and Nvidia GeForce Now.

Moreover, it has a 6.8-inch AMOLED screen with a 2400×1080 resolution and a refresh rate that tops out at 144Hz. The Edge also has a 5000mAh rechargeable battery. Razer claims that their gaming devices can provide “hours of gaming” on a single charge, although real battery life will depend on the games players are playing and whether the handheld needs wifi or a 5G connection.

Also, gamers can stream their gameplay without the need for additional hardware thanks to the Razer Edge’s physical headphone jack and front-facing camera. 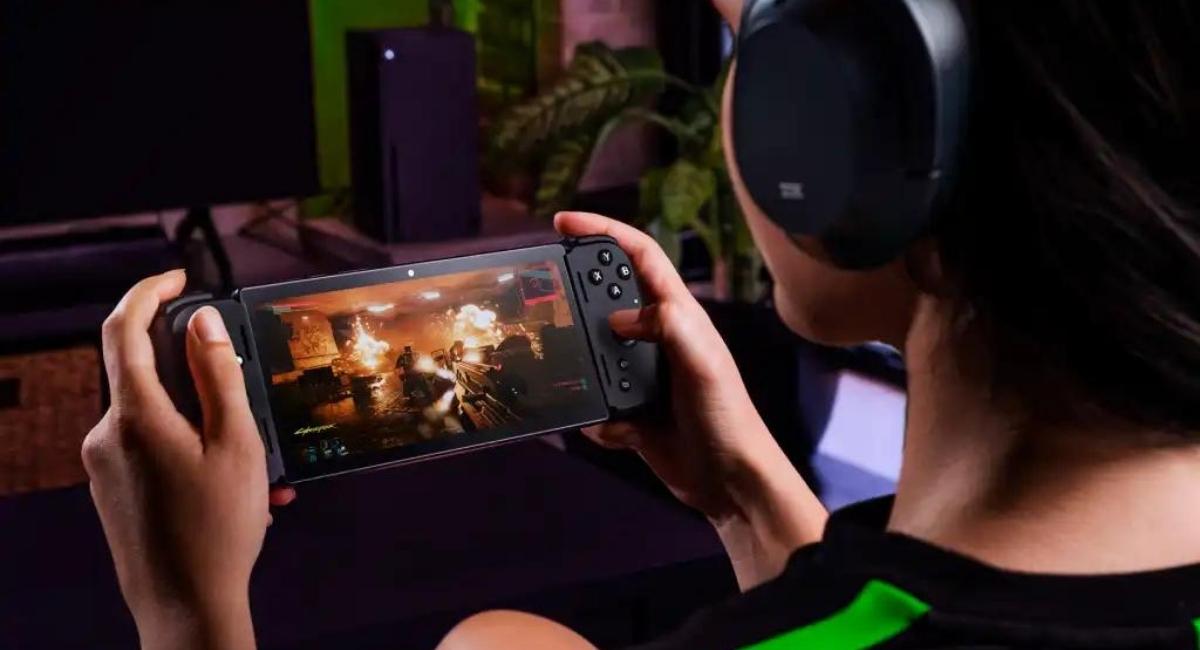 Pricing and Availability for the Razer Edge

There will be several Razer Edge models available, with Verizon being the sole place to get the top-tier 5G device. The cellular provider hasn’t yet provided pricing or availability information. However, starting in January 2023, the wifi version of the Razer Edge, regarded as the base variant, will only be available in the United States. And it will cost $399 and come with the Razer Kishi V2 Pro controller. In addition, pre-orders are now open. But, you must pay a $5 deposit, which is refundable.

The customizability provided by the company’s liberal usage of RGB LEDs is one of the most persuasive arguments for choosing Razer’s gaming accessories. Anything you can do to make yourself stand out will be beneficial because there are millions of streamers competing for viewers on websites like Twitch. And this includes going above and beyond with a set of gaming headphones that have a glowing set of cat ears on top.

Besides, the Razer Kraken Kitty Headphones are popular enough to warrant a sequel. However, the company came up with one that will appeal to a wider group of animal lovers. 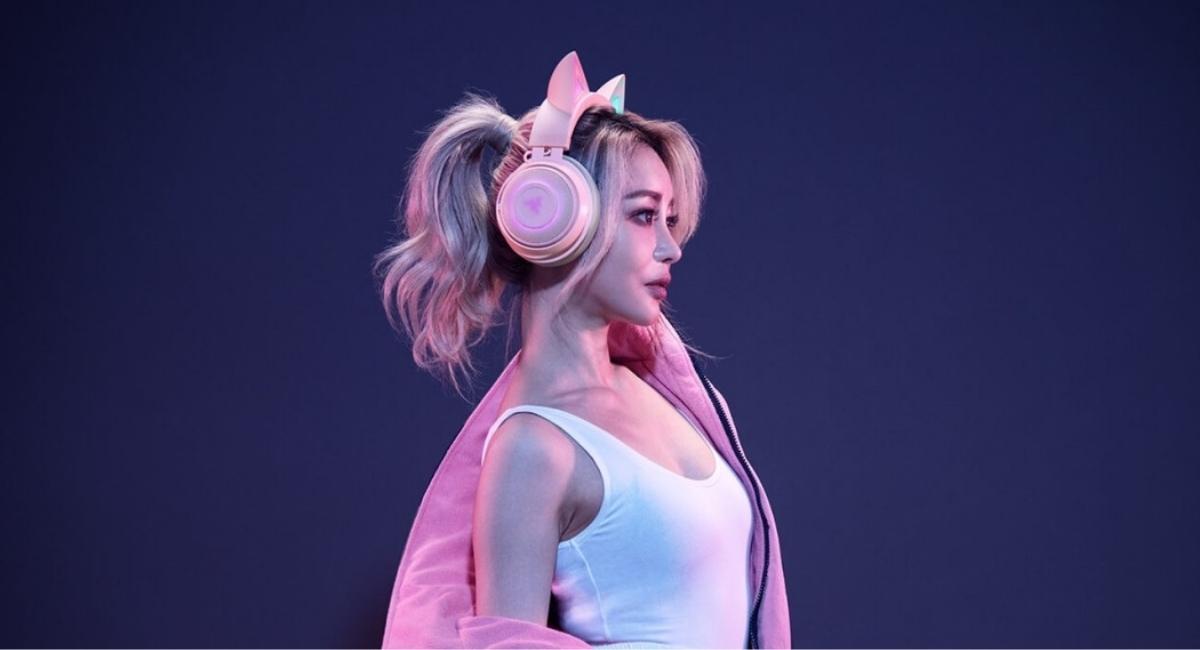 Therefore, three distinct animal adornments are now available for Razer’s Kraken Kitty V2 Pro headphones – cat ears, bear ears, and bunny ears. They are simple to turn on and off, and if you enjoy genetic mash-ups, you can even combine different ones. Additionally, each pair has lighting that can “respond in real time to stream events” and other events, such as playing music and has a color palette of over 16.8 million possible options.

In addition, the Kraken Kitty V2 Pro headphones feature a detachable Razer HyperClear cardioid microphone, “Razer TriForce Titanium 50mm drivers with 7.1 digital surround sound” in each ear cup, and a combination of fabric and leatherette materials to complete the look. Plus, each ear cup’s side features a customizable illumination around the Razer logo. 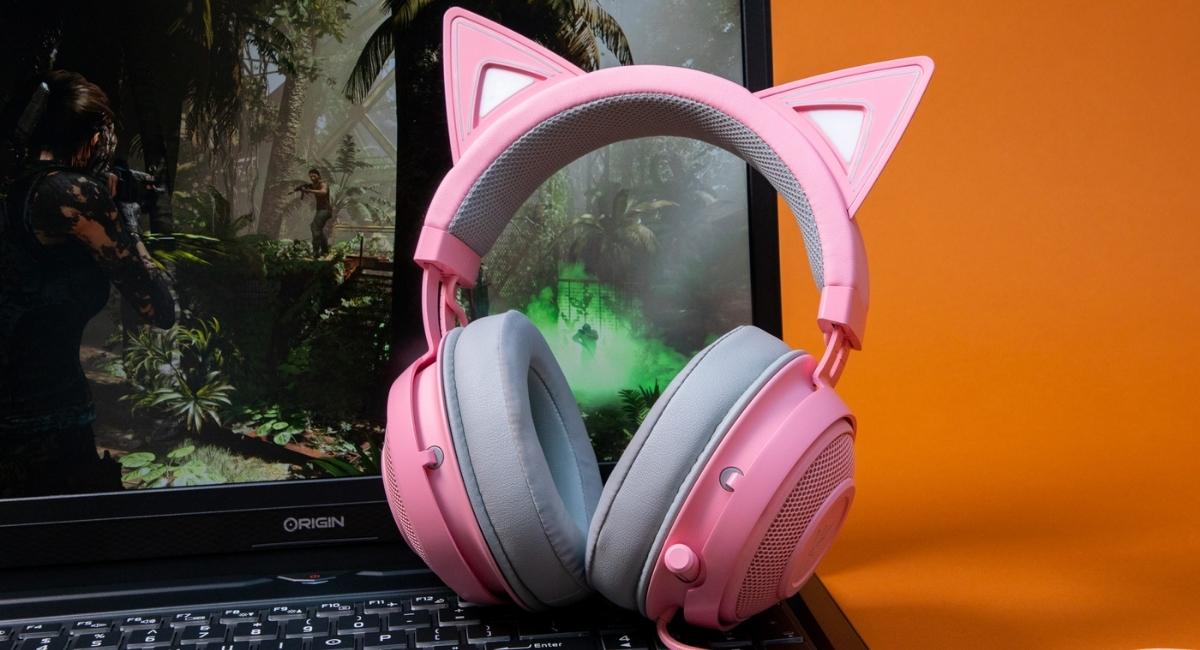 The brilliant green branding of Razer is famous, but the company unveiled a new gadget for streamers in a completely different color – a portable blue screen that can make a gamer trapped in their parents’ basement appear to be broadcasting from anywhere on Earth, at RazerCon 2022.

The backdrop, known simply as the Razer Blue Screen, dispenses with all grip stands and other supporting equipment in favor of a self-contained support system that opens with a single upward tug on its handle. In addition, depending on the setup or location, you can deploy the blue screen at shorter heights apart from its maximum height of 94 inches. It also includes built-in feet of its own that you can open out to hold the screen even when fully extended. 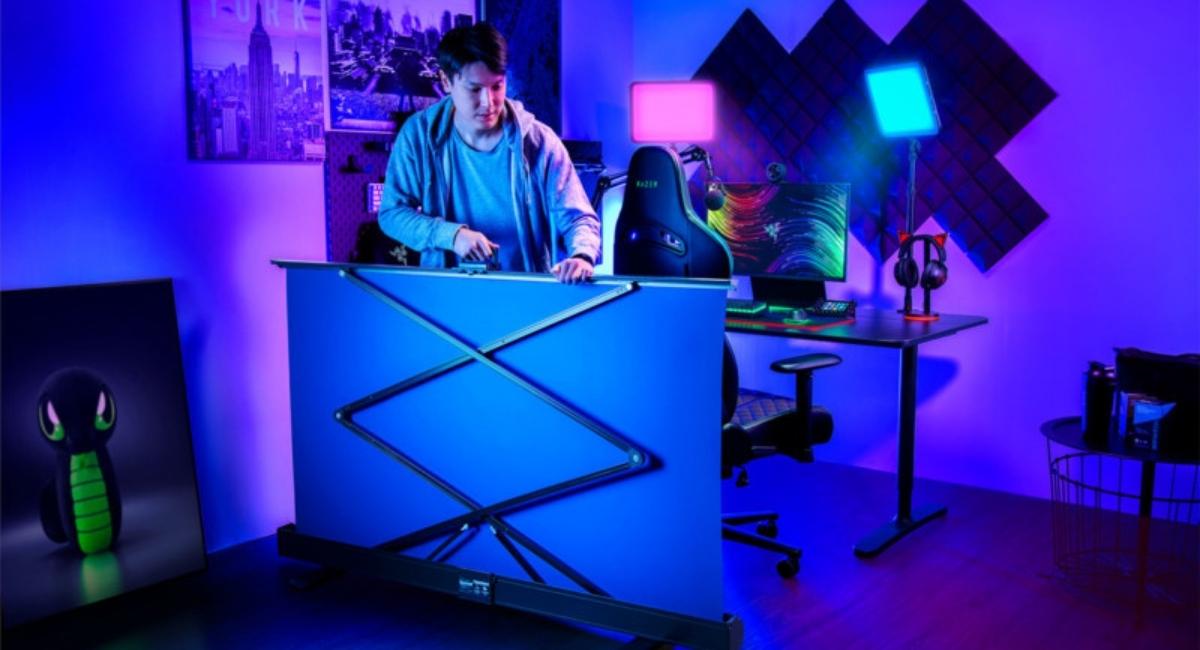 Furthermore, the blue screen can fully retract into its base and the legs folded away for simple transport and storage when not in use for a permanent streaming arrangement. Additionally, in order for the keying software to function as intended, the Razer Blue Screen still needs to be coupled with lights to guarantee that it is uniformly lighted with few hotspots or shadows. However, at $160 which is now accessible, this appears like an amazingly simple method to transfer and set up a fast studio for streamers with a small amount of room or who enjoy traveling and streaming remotely.

Devoted supporters of every corporate brand imaginable, including Razer, who will gladly deck themselves out in the company’s branded apparel in addition to defending the firm they adore, as we’ve learned from years of never-ending online arguments in online forums and social media.

In order to support Conservation International’s efforts to save manta rays, Razer and luxury watchmaker Panerai collaborated on a project last year. This year, however, the two businesses are officially launching a new timepiece together – the Panerai Luminor Quaranta Razer Special Edition, which they introduced at RazerCon 2022. 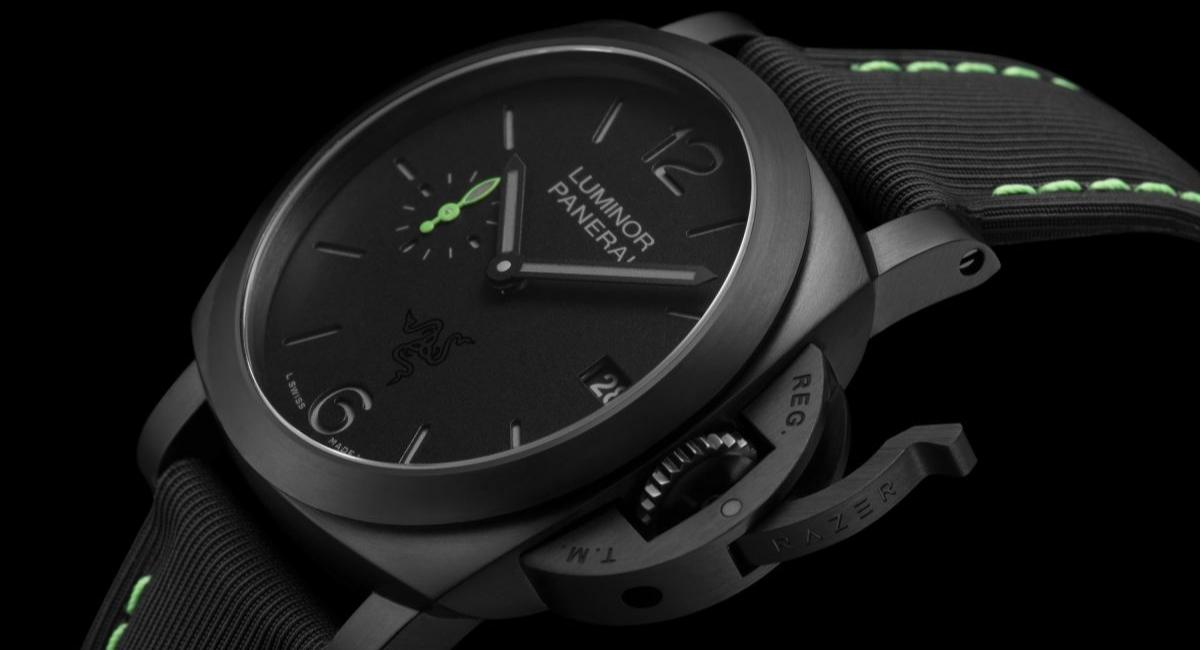 It surprised most with how understated it actually is—there isn’t a single color-changing LED found on it. Instead, the modified Panerai watch has “Razer’s distinctive hues,” including a green seconds hand on the dial, green Super-LumiNova accents that light in the dark, and green stitching on the strap made of recycled plastic bottles. In addition, the watch’s case-back and dial both feature the triple-headed snake insignia of the manufacturer.

On another note, the Panerai Luminor Quaranta Razer Special Edition will only be available through the watchmaker’s stores or its online store and there are 500 pieces available. Lastly, the price of this Panerai model is typically around $7,000. However, considering the restricted production run, it may be significantly more expensive.